Governor Nasir El Rufai intends to reconfigure sports from a leisurely activity and an amateur preoccupation, to a multi-million naira business in Kaduna state. In this regard, he wants private sector participation and the government is putting facilities in place to attract the entrepreneurs, as Commissioner of Sports Development IDRIS NYAM explained in this interview. 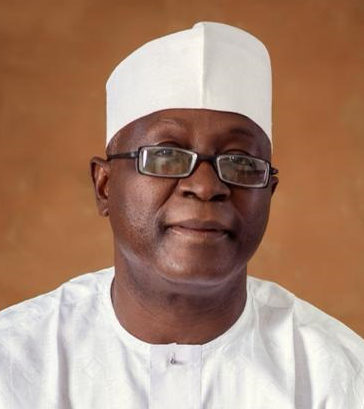 The Kaduna State men’s cricket team were at Uganda recently. What did they go there for, did they go for a tour or tournament?

Thank you very much, there is a need for clarification about that; it was actually a tour. We went for a test series, we’ve had three so far; each of the test series has five games and this is the third time we are going, so that makes 15 games in which we came tops. We had eight wins out of 15 games. The whole idea is this, we normally play against host countries which are more experienced. For example, Uganda used to play against Kenya in the past because Kenya is a strong team. They (Uganda) have now gone beyond the Kenyans.

So, playing against stronger teams helps you up your rating with the International Cricket Council (ICC). You don’t normally go to play a team that is lower than you, you always go to play teams that are higher than you, so you can rank yourself along those lines. The good thing is that on the average, we’ve beaten them (Uganda) eight times and they beat us seven times out of 15 games. This time around, we played three ODIs (One Day Internationals) which has 50 overs and 2 T20s (20 Overs).

We are hoping that very soon, we will be able to invite teams to Kaduna. Normally, you don’t have the ICC organizing competitions between a country and a state (sub national) but the Kaduna state team have come a very long way. We have about eight players of the Kaduna state cricket team, playing in the national team and out of those eight, five of them have been invited for other International tournaments around the world. So, instead of coming back with us from Uganda, they proceeded to South Africa and from there, they would be going to some other countries to play international matches. That is how good we are.

The world over, after the Uganda tour, Kaduna has been recognised for having lots of talented and promising players. That is where we are, so there is need for us to support the team, which is what we have been doing. We want to get them to a very high standard, where they will continue to make Kaduna state and Nigeria as a whole, proud.

In these climes, cricket seems not to be a very popular game. Where were the Kaduna state cricket team training, that enabled them get to this high level of competitiveness?

Like you’ve always known, Kaduna has been a state for sports. Kaduna is a melting point for citizens of other states, so we have a large pool of talents in all the games you can think about, including Beach Soccer and Canoeing. We won some laurels at this year’s Rear Admiral Festus Porbeni National Boat Race which held in February at Abuja. So, we are versatile and that has given us room to be home to many games, so much so cricket.

We used to have the Kaduna cricket team practice before at the former Murtala Square (before it was remodeled), at the Crocodile Club premises. With the renovation that has happened at the Murtala Square, we now have a world class cricket pitch. The setup is yet to be fully completed, but everything there is world standard. What we need to do right now is tilling the soil of the cricket pitch, we need to put layers of clay to allow the ball bounce better instead of sinking as it does, on grass. We are going to get to that level, where the Murtala Square cricket pitch would be recognised by the ICC as a world class playing pitch. We hope to get there soon.

With the pool of sports talents in Kaduna and avalanche of facilities, especially at the Murtala Square, is government thinking of making sports private sector led, so as to be self-funding?

As you are aware, the governor has given the marching orders in that respect. In Kaduna state, we know the advantages of sports, we talk about Sports for Health, we talk about Social Development, and very critically, Sports for Peace. We are trying to use sports to take children off the streets, thereby keeping them away from vices. But most importantly, we are driving sports as a business.

We know sports is wealth. We have entrepreneurs who can change sports to money spinning machines and that is what we intend to do. This will help to sustain the drive. If government had just given directives without creating an enabling environment for entrepreneurs, then there is going to be problems. When the governor goes, you don’t know what is going to happen; the next governor may not support sports. Then, there is going to be problems. We want sports to be self-sustaining and we are working on a Sports Development Policy right now, which we hope will be able to provide the guidelines on the way to go. I happen to also be on a team of the NESG that is working on such a policy, so we are hoping we will be able to align with them. We are also working very closely with the sports federations, so we won’t be going one way and having them going the other direction. We need to get that effect to make it work. That’s what the government is doing policy wise.

In terms of infrastructure, you are aware of how Murtala Square has been upgraded to a world class facility. We are working also on the Township Stadium, also known as Ranchers Bees Stadium. You know about the planned take-over of Ahmadu Bello Stadium from the federal government? We have a little challenge but we are working at it with the federal government. The initial approval has already been granted so, we are hoping we would be able to turn that around completely into something massive, both for tourism and for sports.

We also have the Sports Neighbourhood Centers. The policy drive of this government is to have at least one Neighbourhood Center in every local government. We are trying to go into partnership with the politicians to develop one for each of the local governments. Already, as things are, we have five that have already been commissioned in Kaduna, that was the benefit of working through Nigerian Deposit Insurance Corporation (NDIC), with Senator Uba Sani. He has also provided a Mini Sports Center along Millennium City road.

We are planning to set up Sports Academies; We are targeting two at least for now, one in Jere axis of Kagarko LGA, and the other in at the Paki Axis of Ikara LGA. These Academies are supposed to train, groom, churn out young talents in sporting activities and we are getting there.

In the area of commercialisation, we already have the people who are coming and trying to set up leagues. We have the Croc City Five Aside Football for Peace League, that was set up last year and another one coming up this year hopefully. We have engaged the NFF, CAF and FIFA on this, and hopefully, in another month or two, we are going to have some of their officials coming to Kaduna. They are going to take a tour of what we have already, they are going to sit down with us, they are going to provide some services and guide us on how to access Development Financing for Sports.

In all of these, where is Kaduna United Football Club in the scheme of things, especially on the issue of policy?

Kaduna United is supposed to be a privately owned football team and we have already gone into discussions with an investor in Kaduna. There was an issue with the agreement which has been sorted out.

The same private investors have also organised another football league, the Kada Football Championship which will conclude in another month or two. We have other competitions like the finals of the Southern Kaduna Amana games organised by the Kafanchan Municipal Authority. Incidentally, the Operation Safe Haven Command in Kafanchan also organised a football for peace competition which we were also part of.

We also had another mini league in commemoration of Kaduna @ 55; we are down to the last six and we are going to have a champion from the finals to be played soon; we ask you to watch out for that. So, we are doing a lot of things in the area of football and sports generally.

A cycling competition commenced in Kaduna. Was it the state government that is driving it or the Nigerian Cycling Federation?

You recall that at the beginning of this year, we inaugurated the executives for 41 sporting associations, including e-sports. And the whole idea is to empower the associations and give them the leverage to be able to run the affairs of the different sporting activities they represent. There is cycling association, what we did on the 3rd of June was the commemoration of the world Cycling Day. The commemoration actually holds on the 4th of June annually and it is for different benefits, from cycling, to health matters and all that. It’s a United Nations’ drive, that is why we are supporting the world. It’s all about promoting clean soil, clean technology, pollution free environment, to reduce the depletion of the ozone layer, by de-motorising the world. That is what is happening today.

-It also plans to renovate the Township Stadium, also known as Ranchers Bees Stadium, and put modern facilities in place;

-The state government intends to take over of Ahmadu Bello Stadium and turn it into an international sporting hub;

-The administration will provide at least one Sports Neighbourhood Center in every local government. So far, five have already been commissioned in Kaduna;

-KDSG is planning to set up Sports Academies to train and groom young talents in sporting activities;

-Associations and individuals are trying to set up leagues like the Croc City Five Aside Football for Peace League, that was set up last year;

-The Ministry of Sports Development has engaged the NFF, CAF and FIFA on how to access Development Financing for Sports.