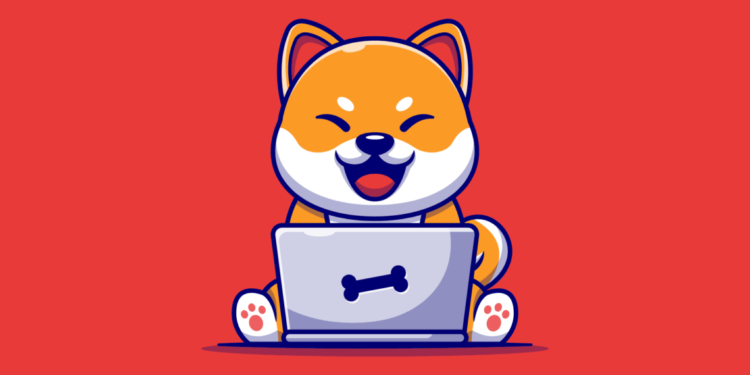 Ever since Dogecoin (DOGE) captured the attention of investors and prominent cryptocurrency fans all over the world in 2013, several projects have begun sprouting up left and right in an effort to imitate the level of success that DOGE has achieved. The Shiba Inu token (SHIB), has established itself as the leading cryptocurrency with a canine motif, following in the footsteps of Dogecoin.

The Shiba Inu, on the other hand, is not very similar to its forerunner, despite the fact that its mascot is the same. What started out as a playful experiment with blockchain technology has now evolved into a serious initiative with the goal of developing an ecosystem with many different components. Developers behind Shiba Inu are actively building ShibaSwap, a user-friendly site for decentralized cryptocurrency trading.

Let’s investigate the ShibaSwap platform together to learn more about it, its native tokens, and whether or not it is worth your time to pay attention to it.

What exactly is ShibaSwap? According to Blockchainreporter.net, the Shiba Inu cryptocurrency can be traded on the native decentralized exchange (DEX) known as ShibaSwap. Since the beginning of 2021, the Shiba Inu team has been hard at work on this project, which serves to demonstrate the aspirations of Shiba Inu of becoming much more than a meme cryptocurrency.

ShibaSwap is meant to be as user-friendly as practicable while still providing a comprehensive number of functions that would delight even the most discerning investors. Similar to PancakeSwap or Uniswap, ShibaSwap functions without the need for centralized power.

On the other hand, it’s possible that ShibaSwap has a higher profit potential than both PancakeSwap and UniSwap. After all, it does not only have one but a total of four enticing features! These features enable ShibaSwap participants to obtain token incentives that can generate a substantial passive income.

ShibaSwap is fueled by more than a single coin. The ShibaSwap platform is powered by three tokens: Shiba Inu (SHIB), Doge Killer (LEASH), and Bone (BONE). These three coins collaborate to foster an ecosystem that is transparent, reliable, and lucrative.

The SHIB serves as the central nervous system of the exchange. In August of the year 2020, its founder, who went by the name Ryoshi, established the company. The SHIB cryptocurrency has a Shiba Inu for its mascot, the same type of dog as is used for the Dogecoin cryptocurrency. Users of SHIB are provided with the highest level of protection and functionality possible, thanks to the fact that it is built on the Ethereum blockchain.

Despite their cost, the value of Shiba Inu coins hovers at $26 billion due to the circulation of around 549 billion coins. Initially, SHIB had close to 1 quadrillion authorized coins. However, roughly 40% of these currencies were destroyed by Vitalik Buterin, the co-founder of Ethereum, in May of 2021.

BONE is the governance token for the ShibaSwap ecosystem as a whole. It enables lodgers to propose and vote on modifications to the ShibaSwap protocol via the Shiba Inu Doggy DAO. Theoretically, the more BONE coins a person possesses, the greater influence their vote will have on future decisions.

Doge Killer (LEASH) is the ecosystem’s incentive token. Initially, LEASH was intended to serve as a rebase token (or “elastic token”) for DOGE. Stablecoins are comparable to rebase tokens. Their supply is changed automatically by an algorithm that maintains their price parity with other assets. Since then, however, LEASH has been decoupled from DOGE and issued as an ERC20 token with a set coin supply.

In contrast to BONE, LEASH is rare, with a total token supply of only 107,647. Currently, each LEASH currency is valued at $363 per coin due to its rarity. In accordance with the rule of supply and demand, the lesser the supply, the higher the price.

The Safety Level Of ShibaSwap

ShibaSwap has fixed 97 percent of the 34 audit-related problems. This score enables ShibaSwap to compete effectively with leading decentralized platforms such as Polygon and Aave. Obviously, DYOR before investing in any platform (do your own research). Thus, you will be able to determine whether or not a platform is suitable for you.

Finally, is ShibaSwap worth your time? ShibaSwap is the platform for you if you own a Shiba Inu and are seeking a secure platform that offers many opportunities to benefit from your investment. ShibaSwap is the first major undertaking from the Shiba Inu team following the 2021 launch of the cryptocurrency. It has been an enormous success thus far, with thousands of users trading millions of dollars per day.

The playful naming of its DeFi terminology offers an almost game-like experience that not only helps Shiba Inu to remain consistent with its brand, but also encourages widespread adoption. ShibaSwap is regarded as one of the next generations of DeFi platforms, allowing people to enter and navigate the crypto world with ease.

If Terror Attack Continues, We Will Ask Our People To Get Guns – Akeredolu