Envoy To Nigerians: Don’t Come To Italy, There Are No Jobs

In this interview with a select group of journalists in Abuja, Nigerian Ambassador to the Vatican City (Holy See) in Italy,  Adikwu Paul Oga, admonished Nigerians not to invest their resources in trying to migrate to Italy or other European countries as there are no available jobs there. He said Nigeria can benefit from its bilateral ties with the Holy See in terms of humanitarian assistance and the efforts to bring peace and development especially in conflict-ridden parts of the country. INNOCENT ODOH was there. 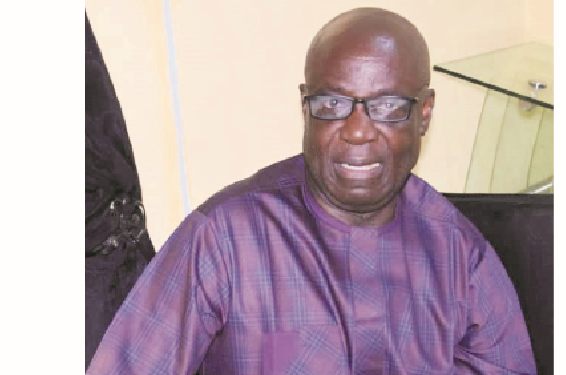 Can you share with us the evolution of the Vatican City?

We all know how the Vatican evolved into a state; initially we know that the Pope actually exerted a lot of influence all over the world in many parts of Christendom. Eventually due to some developments, the Pope’s influence waned. But to show that the Pope has some temporal power and authority, the state of Rome decided to leave him with a small portion of that temporal power and that was how the Vatican evolved as a state. The Pope has both spiritual and temporal power within him, that is to say he is equally not subject to any other reign except God. The Vatican has been a state referred to as an invisible state because it is a state within a state.

So, what is Nigeria doing to enable it to leverage on that spirituality especially now that we need peace in Nigeria?

Like I said the Pope exerts a lot of influence all over the world more so now that there are so many issues of conflicts, insecurity, hunger and all kinds of human issues of existence, and that is where the Church comes in to play a role. There is no part of the world today that there is no issue of lack of peace and order. So, the main function of the Pope is how to bring peace into the world at that spiritual level and how the church can touch the heart of men to turn them into people that can creatively use what God has endowed man with to live in a very peaceful, harmonious society so that everybody will enjoy the benefit of life.

That is why the Pope has to travel essentially to areas where there are problems of man’s inhumanity to man like in Vietnam. He was in South Sudan and in Lampedusa where Africans are trying to cross into Europe. He was given a car gift worth millions of Euros but he sold it immediately and said the money should be used for such victims.

Here in Nigeria, there are issues of peace and insecurity also and from time to time the Vatican organizes prayers in honor of different countries(Nigeria inclusive). The other time we organized prayers for so many Muslim countries, in actual fact this has been going on so that issues of fighting and insecurity can be brought under control. Nigeria has a very large population of priests in Rome, Italy numbering about 500, some of them are professors, some are students.  There are other Nigerians in other spheres of life and they have a role to play in disseminating this message of peace.

But there are still so many Nigerians who are doing nothing in Italy, a very sizable number of Nigerians. You will see well over 200 Nigerians all of them touts , and they are unfortunately the kind of people who are out there  who from time to time make  very unkind remarks about Nigeria. I have had occasions to sit with so many Nigerians to discuss and explain to them what Nigeria is and  to appreciate how great Nigeria could be so that they realize that they have a wrong opinion about Nigeria.

Some of these Nigerians you describe as touts may also be doing many other negative things that could further tarnish the image of Nigeria. What have you done probably in collaboration with the Italian authorities to stem the tide of Nigerians migrating to the country in search of jobs without requisite skills?

The problem at times is the impression people have at home that once they come to Europe they are now moving into the Promised Land that every issue will be solved. But once they go over to Europe the story completely changes because they don’t know what they are coming into.  Everything in  Italy is almost like licensed, your movement is controlled, there are cameras everywhere watching, everything is well tele-guided.

In Europe, even in Rome here, these jobs they think they can get here, the whites are not even getting them. The Whites are even the ones sweeping, cleaning the streets. For instance in Rome, you cannot be a driver because to pass the test for a truck driver, I think you have to have the grace of God, nobody will license you.

The few areas that Nigerians can fit into  may be the medical areas to work in hospitals. The jobs are not there and many  Nigerians are not coming with prepared skills and then you find them eventually in refugee camps surviving on the stipends of the government of that area. There are more opportunities in Nigeria. So, I don’t advise anybody to come over here especially if they don’t have skills.