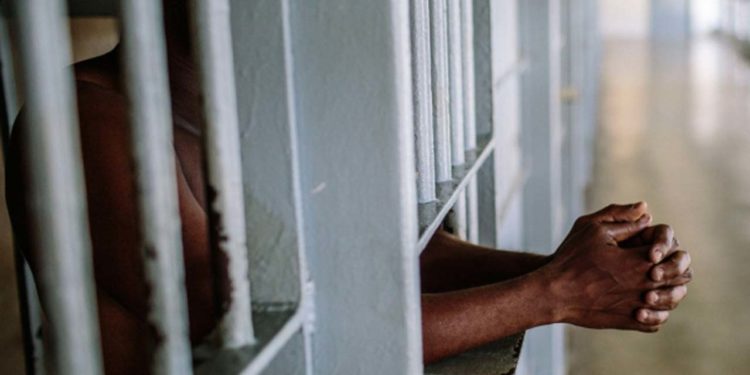 A Yola High Court has jailed a dismissed soldier formerly attached to 5the Military Reference Yaba, Lagos for five years for killing his girlfriend in Adamawa State.

Ex-corporal Mohammed Abubakar murdered 23-year-old Patience Amos, a daughter of the chief driver attached to the Adamawa Press Limited, publishers of the Scope Newspapers on the 10th January, 2020.

Patient was said to have accused the dismissed soldier of having affair with other women.

She was alleged to have slapped and pushed him, saying he should go back to his “harlots” and continue having affairs with them.
He (Abubakar) told the court that, out of provocation, he pushed and smashed her head on the wall and left the room.
He locked her up in the room and walked away, even as she was crying and shouting his nick name “Fabulous” “Fabulous”.
The woman eventually died and was in the room for three days after which her body was discovered by neighbours.
The neighbours were compelled to forcefully open the window of the room only to discover the body and reported the matter to the ward head and the police who evacuated the corpse.
A few hours later, the man was spotted near the residence of the father of the deceased at Bachure, in Yola North LGA, strolling and enjoying his normal life with friends; hence his arrest.
The state chief judge, Justice Nathan Musa while delivering judgment, held that the prosecution proved the case of culpable homicide beyond reasonable doubt against the defendant.
Justice Musa ordered that the sentence started running from February 15, 2020, being the first date the man was remanded in prison custody while the sentence will run concurrently.

He handed down the sentence after considering the plea from counsel to the convict, Mohammed Abubakar, an Assistant Chief Legal Officer, Nigeria Legal Aid Council, Adamawa State.

Mohammed Abubakar had pleaded with the court to temper justice with mercy as the convict is a first-time offender and had been remorseful throughout the trial.