by Chima Akwaja
in Business
0 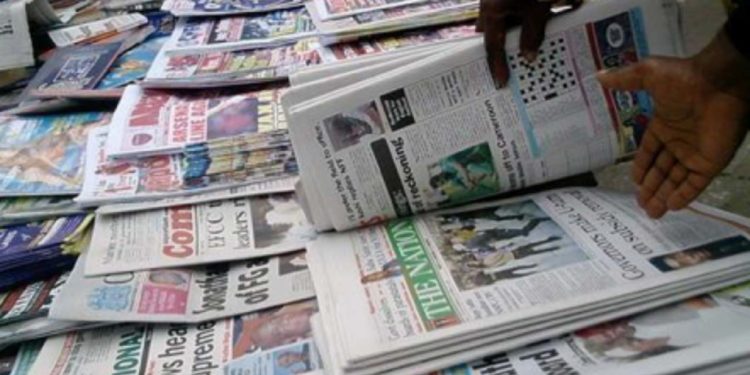 Experts in academics, media and business sectors have urged the mainstream media industry to adopt innovative business models and ethical practices to remain relevant amid new threats from new media and fake news.

The experts who spoke at the first week of the Media and Innovation Programme 2022 cohort at the School of Media and Communication at Pan Atlantic University, Ibeju-Lekki, Lagos sponsored by MTN Nigeria, recently, called for a return to true journalism and use of digital technology to improve revenue and remain relevant in the news business.

The co-founder/publisher of BusinessDay Newspaper, Mr. Frank Aigbogun highlighted the changing behaviours of readers, dwindling advertising spend, eroding copy sales, influence of technology in the media space, and its disruption on the industry.

He said media organisations need to innovate by changing their business models to meet the needs and appetites of the younger generation who make up 70 per cent of Nigeria’s population.

This youthful population are technology savvy, more dependent on mobile phones and online transactions and are not cut out to follow the older generation that are still buying printed copies of newspapers.

According to Aigbogun, the most important innovation to succeed in the digital age is the ability of media houses to migrate from adverting revenue to reader revenue citing examples of Financial Times, New York Times, The Economist, New Yorker and even USA Today, who are making more revenues from online readership via subscription.

He says a move away from targeting demographics to psychographics is key to selling information/news that are attractive to readers and measure it through data analytics.

Professor Emevwo Biakolo, of the SMC, Pan Atlantic University said media practitioners need to  discharge their duties without prejudices;  abiding by the ethics of the profession without which  “the media will succumb to the dictates of authoritarianism .”

“The concept of mediatization has clearly demonstrated the process whereby all culture, social, political and economic life and operations, are dependent on media forms and media technology. I challenge you today to use the media to better the worth of humanity”, he said, adding that there is an ongoing revolution away from the old ways of doing things.

On his part, Prof. Juan Elegido, former vice chancellor of the university, advocated for ethics in news reporting by imbibing objectivity, fairness, accuracy and facts and truth in news stories.

He stated that ‘truth’ is a critical idea in the media’s duty responsibilities, noting that the media must be viewed as a “reliable supplier of information” in order to maintain its credibility in the eyes of members of society.

Barrister Tomi Vincent who spoke on Media Laws: Principles and Practice, advised media laws on tort, intellectual property, defamation, seditions, privacy, taxation, and insurance, among others should be kept abreast by practitioners while Tim Newbold, director at Africa Practice spoke on the import of the sixth amendment of Broadcasting Code.