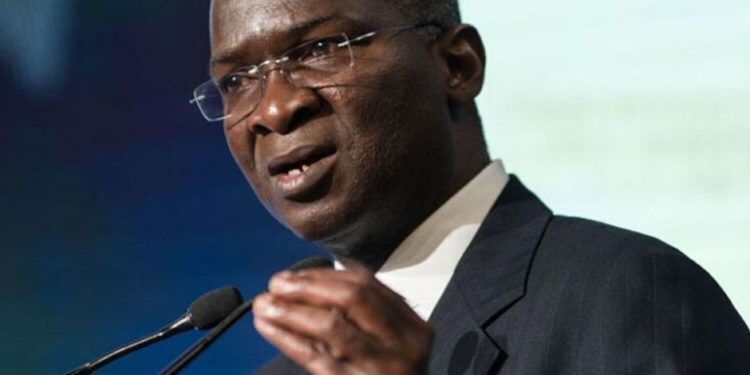 Minister for Works and Housing, Babatunde Raji Fashola, has commended the Ministry of Works and Housing for stimulating the economies of communities across the country where work is being undertaken for the construction of houses.

He said by providing work for artisans, builders, engineers and other skilled persons in the built industry, the construction sites have been and remained centres of supply for building materials and other goods.

Fashola stated this in his closing remarks at the 11th National Council on Lands, Housing and Urban Development meeting held in Sokoto, with the theme: “Housing Our People, By All Of Government And All Our People.”

Fashola confirmed that the ministry is now in a season of completion, “as many of these houses have been completed and are now being handed over to the beneficiaries who follow the allocation procedures set out in the National Housing Programme web portal.”
On 22nd March, 2022, the minister of police affairs, Maigari Dingyadi, represented President Muhammadu Buhari to commission the Sokoto State National Housing Programme. The first phase included 80 units of houses comprising four units of one bedroom, 48 units of two bedrooms, 28 units of three-bedroom bungalows.
Fashola remarked that, “one of the most pleasing impacts of this national housing initiative by the federal government, is that it has been used by President Buhar, to redeem the housing promise made to the 22-man squad of the Super Eagles who won the African Nations Cup in 1994.
“There are others by the Federal Housing Authority (FHA) by way of direct construction in various states, just as the Federal Mortgage Bank has financed the construction of about 6,000 housing units at various stages of completion.