Fashola Hands Over Keys Of Completed Houses To Beneficiaries 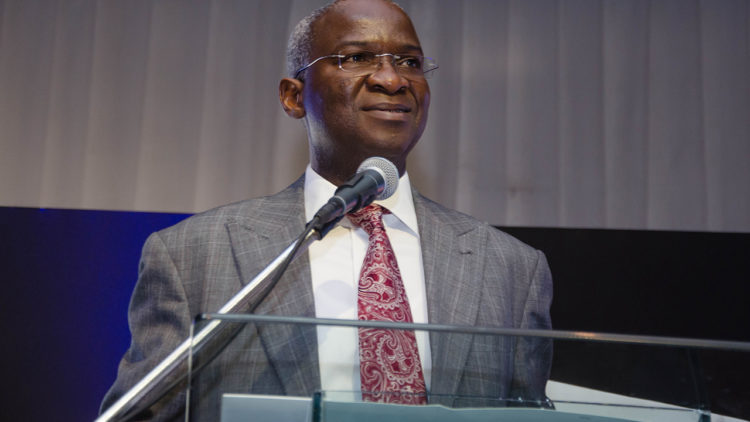 The minister of works and housing, Babatunde Raji Fashiola,  has handed over keys of the new federal houses  to four beneficiaries of Phase one of the National Housing Programme in Kano.

The handover was conducted on behalf of  the minister by the permanent secretary  in the ministry, Alhaji Bashir Nura Alkali  in Jaba, Ungogo local government area of Kano State at the weekend.

The minister said the completed Phase 1 of the programme was inaugurated by President Muhammadu Buhari aimed at providing befitting accommodation for Nigerians.

He said as the administration of President Muhammadu Buhari was gradually coming to an end  it was committed to completion and handing over of keys  to beneficiaries across 35 states and the FCT.

“We are handing over to members of the general public in a non-discriminatory way by opening the portal to ensure that those interested apply through the portal and also those that make payments on a first come, first served basis,” he said.

The minister noted that the ministry welcomed those who can afford outright payments, stressing that allocations would be made on the conditions of eligibility.

He maintained that the ministry had offered flexible payment options like mortgages and rent-to-own houses which encouraged applicants to pursue.

Fashola explained that the portal, which was launched on Nov. 12, 2021 received 12,387 applications from Nigerians who have created personal account profiles on the website, out of which 694 applications were approved by the ministry.

“Today in Kano, we have four Nigerians that are beneficiaries and have fully paid for the houses of their choice within the estate comprising 76-Units.

Speaking on behalf of the beneficiaries, Alhaji Farouk Adamu applauded the foresight of the administration of President Muhammadu Buhari for initiating the National Housing Programme.