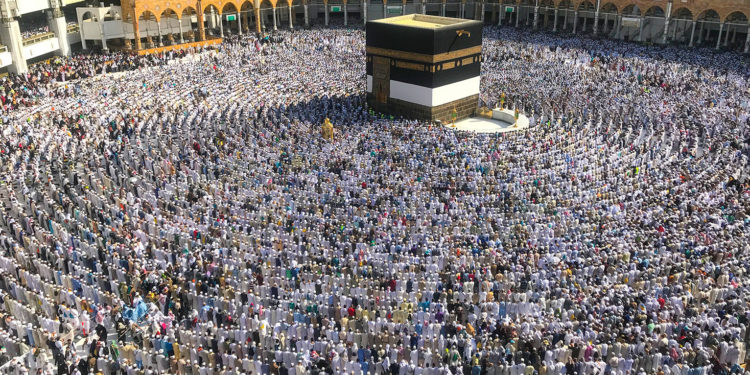 Federal Capital Territory (FCT) Muslim Pilgrims Welfare Board has completed the 2022 Hajj exercise with the return of the last set of worshippers from Saudi Arabia.

The director of the board, Mallam Muhammad Nasiru Danmallamm made the declaration at the Nnamdi Azikiwe International airport on arrival from the King Abdulaziz International airport Jiddah, kingdom of Saudi Arabia.Danmallam stated that with the return flights recorded so far from Saudi Arabia, the board has returned all the FCT contingent that participated in the religious exercise this year.

The director gave praises to Allah for the success recorded as the Board did not register any casualty and also no serious health challenges from their pilgrims was recorded while in Saudi Arabia.
Danmallam, while explaining that all the contingent exhibited maturity and good conduct throughout the exercise, said he was excited with their satisfactory behavior as good ambassadors of the territory and the country at large.
He said none of the FCT pilgrims eloped during the exercise, that the airlift of the pilgrims of the FCT to Saudi Arabia commenced on June 10 and the entire contingent was conveyed to Saudi Arabia in 5 flights that ended on July 3, with a total of 1,918 Pilgrims.
The director said that all the pilgrims visited Madina before the performance of the hajj proper, saying that the return journey commenced on July 15 and rounded up on July 30, 2022.
“I am so delighted with the performance of the ad hoc and regular staff, especially the Ulamas who were handy in guiding the pilgrims on how to perform their religious rite at any point in time throughout the operation,” he said.

He commended all the staff who served the pilgrims tirelessly throughout the operation to ensure the successes recorded during the entire exercise.