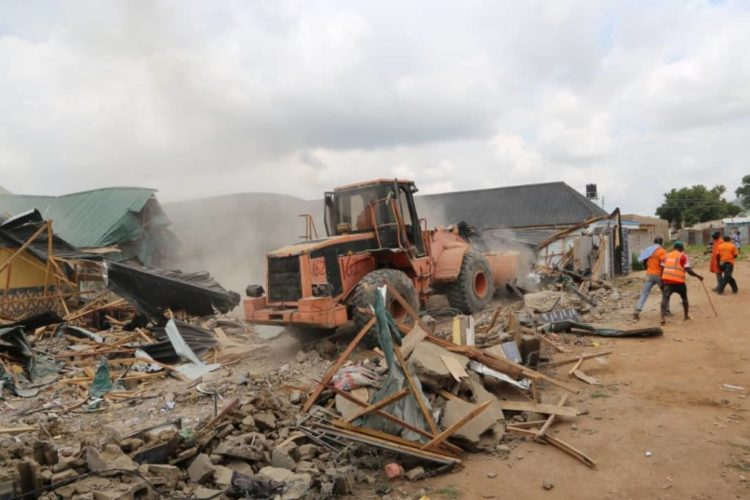 The Federal Capital Territory Administration (FCTA) has said it is embarking on another demolition exercise in Mpape community because of extreme criminal activities taking over the community.

The administration expressed this concern yesterday, during a stakeholders meeting, with security personnel, traditional rulers, market associations, and second hand market (pantaker) operators, organised to sensitise and galvanize support for the re-launch of the demolition exercise.

The senior special assistant on Monitoring, Inspection, and Enforcement to FCT Minister, Ikharo Attah, who presided over the meeting said the case of Mpape community seems very complex, but his team is committed to solving it.

Attah said the FCT administration’s plan to transform the Crush Rock Area of the community into a world-class tourism site, had not been dispensed with, but still on course, with a committee already working on it.

He disclosed that both ministers of the FCT were saddened that criminal activities and other illegalities had persisted in the community, with consequential effects on law-abiding residents.

He urged all the stakeholders to convey the important notices, including the imminent return of bulldozers to the community, reassuring them that legal structures, especially that of the original inhabitants would not be demolished.

The senior special assistant to the FCT Minister on Community Relations, Tanko Yamawo, who was also present in the meeting called on all stakeholders to work in synergy in tackling the criminalities.

He restated FCTA’s resolve to protect all legal structures of the indigenous people but warned that they stay away from illegalities.

Also speaking, the secretary of Bwari Area Council, Kadanya Peter, who represented the chairman of the council, pledged support to the proposed return of demolition bulldozers but pleaded that the areas not marked should be spared.

In his remarks, Chief Musa Haruna, the traditional ruler of Mpape Community, while consenting that the planned removal of rebuilt illegal structures should be demolished, pleaded that the roadside traders and second hand (pantaker) operators be given a more convenient place.