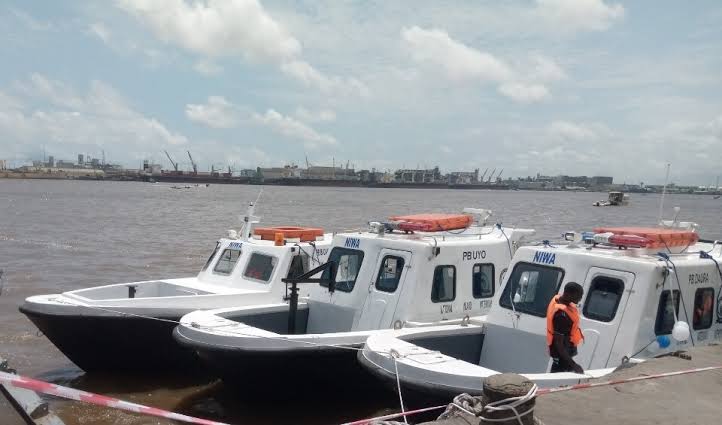 The federal government has said it would sign an agreement to secure technology for monitoring and securing the nation’s Inland water ways from South Africa, and that it could help because of the type of technology available and being deployed in other viable economies.

The managing director of Nigerian Inland Waterways Authority (NIWA), George Moghalu, disclosed this at the weekly ministerial briefing organised by the Presidential Communications Team at the Presidential Villa, Abuja.

Moghalu said that the authority can monitor the movement of vessels anywhere in the waterways with the technology as being done in South Africa.

He said the South African firm whose name he did not reveal, exchanged visits with NIWA and the authority informed them of the challenges faced in their effort to provide security in Nigeria’s waterways.

According to the NIWA boss, the company affirmed that they could help because of the type of technology available, which is currently being deployed in South Africa.

Moghalu said: “We visited them and they visited us and we now presented our challenge because we want to be in a position to monitor all our waterways and they have the technology.”

“There is a technology they are going to deploy so that I will be in the control room in Lokoja and be able to monitor all the vessels that operate in our waterways,” he said.

He revealed that despite talks of insecurity, survey has commenced on Lake Chad to open it up as an inland water transportation hub to access other African countries.

“The fact that the survey is ongoing is an indication that insecurity prevailing in the region has been sufficiently addressed,” he said.

He said NIWA has been working in collaboration with the Nigeria Navy for the project.

National Inland Waterways Authority’s boss revealed that over 65 percent of cargo coming into Nigeria through the Lagos port end up in Onitsha and Aba in Southeast.

He also said that evrything is in place for the movement of Cargo in Onitsha River Port even though he explained that it is the owner of the cargo that will determine the movement.

Moghalu, who provided updates on the agency’s activities, however noted that the current road network infrastructure cannot withstand the sheer volume of traffic required to move cargo from the southeast to other parts of the country.