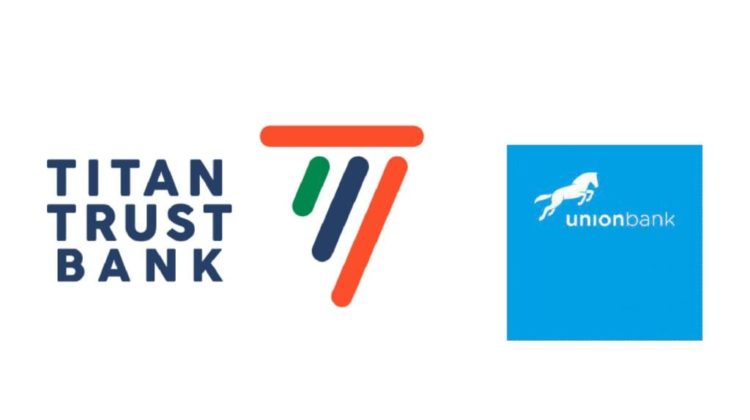 Contrary to reports in some sections of the online media, the Titan Trust Bank (TTB) Limited has clarified that Union Bank UK, which Fidelity Bank Plc announced that it has reached an agreement to acquire, was not part of Union Bank of Nigeria Plc initially acquired by it.

Recall that earlier in the year, Titan Trust Bank through its parent company, Tropical General Investments Limited (TGI Group), completed the acquisition of Union Bank of Nigeria, as part of its ambitious plan of building a strong Tier-1 brand capable of taking up a larger market share in the country and the larger continent.

The deal, regarded as one of the largest acquisition deals in the history of Nigeria’s banking industry, with an off-market deal worth N191billion, has since positioned the lender to compete with other long-standing and well-rooted Nigerian banks.

The shares of Union Bank of Nigeria have been transferred to its new owners, TGI Group.

Findings, however, revealed that the ownership transfer excludes Union Bank UK, a former subsidiary of Union Bank of Nigeria Plc.

LEADERSHIP reports that Fidelity Bank had on Tuesday, announced its proposed acquisition of Union Bank UK, a former subsidiary of Union Bank of Nigeria, as part of its expansion plans.

In a regulatory filing issued to the Nigeria Exchange (NGX), the Fidelity Bank stated that it has entered into a binding agreement for the acquisition of 100% equity stake in Union Bank United Kingdom Limited, for which the Central Bank of Nigeria (CBN) had issued a letter of “No Objection”.

The transaction is, however, subject to the approval of the United Kingdom’s Prudential Regulatory Authority (PRA).

Expert Steps Up Fight Against SGBV In Nigeria