While obstetric fistula is often developed following prolonged and obstructed childbirth, the practice of the tragic female genital mutilation, a cultural activity done to save a girl’s purity before marriage is also not without effect. JANE SAMUEL writes that both practices have remained a global health catastrophe that often leave their victims with devastating injuries which.

by Jane Samuel
in Feature
0 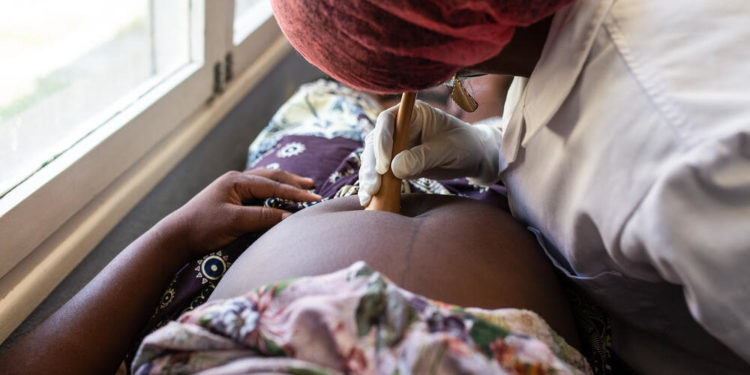 To save a girl’s purity before marriage and curb her sexual desire, people in many African countries have practiced female genital mutilation for ages. Today, even with law banning the practice, many still practice this age-long tradition ignorant of its tragic effects on the woman’s health.

Female genital mutilation (FGM) comprises all procedures that involve partial or total removal of the external female genitalia, or other injury to the female genital organs for non-medical reasons.

The practice is mostly carried out by traditional circumcisers, who often play other central roles in communities, such as attending childbirths. Increasingly, however, FGM is being performed by health care providers.

Medical experts say that the procedure has no health benefits for girls and women; rather it presents the risks of severe bleeding, problems in urinating, and later, potential childbirth complications and newborn deaths.

Available data shows that a higher proportion of Muslim women circumcise their daughters than their Christian counterparts. However, there is evidence that daughters’ circumcision has reduced over the years in each religious group. Among the Christians, the proportion of circumcised daughters reduced from 39.8% among 1959–1963 birth cohorts to 0.4% among 1999–2003 cohorts. This pattern was also observed among Muslim women. There was a consistent higher reporting of daughters’ circumcision among Hausa/Fulani women compared to Igbo and Yoruba women.

A higher percentage of women in urban areas circumcised their daughters than those in rural areas. The daughters’ circumcision reduced from 39.4 to 40.5 per cent among the birth cohorts 1959–1963 to 7.5 per cent and 0.4 per cent among the 1999–2003 cohorts. The proportion of circumcised daughters increased consistently with increasing levels of education. Daughters’ circumcision was found to be higher among women who claimed that FGM is required by religion and those who have undergone FGM.

The United Nations Population Fund (UNFPA) said “the practice of FGM is mainly prevalent in six high burden States – Ebonyi, Ekiti, Imo, Lagos, Osun, and Oyo.” Osun, Ebonyi, and Ekiti are states which experience a “high prevalence” of FGM with 77 percent, 74 percent and 72 percent of women subject to the practice, respectively.

FGM is recognised internationally and by Nigerian law as a violation of the human rights of girls and women. It reflects deep-rooted inequality between the sexes, and constitutes an extreme form of discrimination against women. It is nearly always carried out on minors and is a violation of the rights of children. The practice also violates a person’s rights to health, security and physical integrity, the right to be free from torture and cruel, inhuman or degrading treatment, and the right to life when the procedure results in death.

According to Dr. Azugo Sunday Kingsley, “While several human rights are claimed to be imperiled by FGM, there are two that are particularly critical: lack of informed consent and the resulting adverse health consequence.”

FGM is condemned by most governments because of its potentially devastating consequences, both during or directly following the procedure and subsequently, for women’s sexual and reproductive health.

Due to several contributing factors, FGM is commonly found in many of the contexts where obstetric fistula is also prevalent. FGM can lead to serious difficulties during childbirth. With significant risks of hemorrhage (bleeding) for the mother, FGM can also lead to the increased risk of death or the need for resuscitation of the newborn.

According to studies conducted by the United Nations Population Fund (UNFPA) and partners evidence shows that while some types of FGM do not contribute to the development of obstetric fistula, the radical form, also called infibulation (the stitching up of the vagina), may prolong the expulsion phase during delivery, especially if significant scarring is present.

However, there is insufficient evidence to conclusively show that it contributes to obstructed labour or obstetric fistula. But is known is that a woman with radical FGM is at increased risk of traumatic fistula from having her genitalia cut open during labour, to allow the birth of the baby.

Fistula in itself is one of the most devastating injuries of child birth. It occurs mainly as a result of prolonged obstructed labour, without timely medical intervention – such as a caesarean section. The sustained pressure of the baby’s head on the mother’s pelvic bone causes damage to soft tissues creating a hole – or fistula – between the vagina and the bladder and/or rectum.

This means that the wall of the birth canal gets compressed by the baby’s head during an obstructed labour. The pressure causes blood to stop flowing, and the tissue dies. The vagina then leaks urine and/or faeces.

The result is continuous leaking of urine and feaces. When this occurs, a woman has no control of this unnatural phenomenon and if not assisted may suffer isolation, social stigma, neglect and humiliation.

However, obstetric fistula is preventable and can largely be avoided by delaying the age of first pregnancy, the cessation of harmful traditional practices like FGM; and timely access to obstetric care.

According to Chief Iyeme Efem, deputy director, Programme Operations, Fistula Care Plus Project at EngenderHealth, “Fistula is one of the most devastating consequences of neglected childbirth.”

Through the Fistula Care Plus project, the largest U.S. government-funded effort to-date dedicated to treating and preventing fistula, EngenderHealth works to restore dignity to women with fistula and to prevent other women from developing the condition.

The Fistula Care project covers the costs of treatment, equipment, and supplies. It also supports training for providers in fistula repair, nursing, counseling, and quality improvement.

“For example, through advocacy, the government set up a fully manned and funded Fistula desk to coordinate Fistula activities. Through our advocacy, the government set up three National Obstetric Fistula Centers. Through our advocacy, we have increased the number of dedicated or semi dedicated Fistula centers in Nigeria to 16, from the original 6 the country had before USAID entered into Fistula intervention. Unlike other intervention approaches, USAID fistula care programme chose the path of mainstreaming Fistula intervention into routine government health systems. This has ensured the creation of the Fistula desk at National level, the expansion of Fistula activities by the government of Nigeria through funding of the National fistula centers.

“At the close of the Fistula Plus Projects, we introduced the concept of “unlocking Potentials” by getting the then minister of health, Prof Isaac Adewale to approve the concept for every teaching hospital in Nigeria to set aside a Fistula ward or 15 beds and ensure repairs are free via a voucher refund system and that medical students or residents on rotation spend time at the ward.

Dr. Immabong Efiok said, FGM is one of the direct non-obstetrical causes of fistula.
Traditionally, very elderly women who have no appreciation of the dangers of infection from unsterilised instruments used including knives, scissors, razors and pieces of glass, perform the circumcision.

However, people are increasingly turning to healthcare providers to perform the procedure in the hope that it will reduce the risk of complications.

Recent analysis from WHO shows that more than 18 per cent of all girls and women who have been subjected to FGM in the countries from which data is available have had the procedure performed on them by a healthcare provider. There are large variations between countries regarding health provider involvement – less than one per cent in several countries to between nine per cent and 74 per cent in six countries.

“Rather than being a cause of obstructed labour, we believe that female genital cutting is a marker for the presence of other important risk factors that combine to promote obstetric fistulas,” the researchers said.

Fistulas are found where the socio-economic status of women is low, where early marriage is common and pregnancy occurs before pelvic growth is complete, where women’s personal autonomy is highly restricted, where contraceptive choice is limited or non-existent and fertility is high, where women are largely uneducated and have little political power, where transportation is difficult and the medical infrastructure is inadequately developed so that timely access to emergency obstetric services is poor and those services are often of marginal quality.

Together, these factors combine to produce high levels of maternal mortality and obstetric morbidity, of which the obstetric fistula is a common and tragic component. It should not be surprising that female genital cutting is commonly found within this same social milieu.