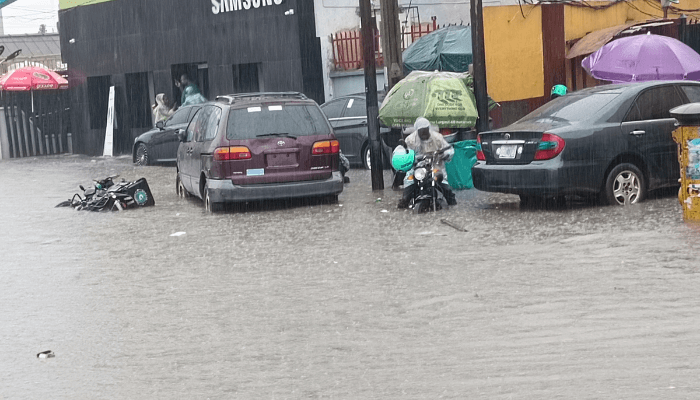 No fewer than seven persons have lost their lives to devastating flood disasters in different parts of Kwara State in 2023.

The riverine communities in Patigi, Patigi local government area of the state were the worst hit by the disaster which has become an annual occurrence.

A total of 1,300 households and 2,800 persons were affected in the flood disaster that also submerged large hectres of farmlands and houses in Patigi.

Yelwa spoke while flagging off the distribution of N50m worth of relief materials to victims of flooding in the state.

The items distributed to the victims included 1,300 matresess, 500 bags of rice, 200 cartons of bath soap and 250 catons of detergents, among others.

Represented by the Commission’s director, Environment and Community Development, Mahmud Muhammed, Yelwa warned those leaving in the riverine communities to vacate their abodes, warning that the worst disaster was waiting to happen.

Yelwa said the federal government might no longer have the resources to continue to provide relief materials to affected persons as a result of the recurring flood disasters in the area due to dwindling resources.

He said HYPPADEC was considering sponsoring a Bill to enact a law that will prohibit people from residing in certain killometres away from Rivers, to avert recurring losses of lives and properties.

He decried the refusal of residents of the reverine areas and victims of previous floods to relocate to IDP camps provided by the federal government.

A victims, Mohammed Garba, who said he lost over one hectre of his rice farm to the flood, regretted that they could not relocate to the IDPs camp provided by the federal government because their means of livelihood, which according to him, are fishing and farming are in the reverine areas.

Why Oil Theft In Niger Delta May Persist – Bayelsa Speaker

Why Oil Theft In Niger Delta May Persist - Bayelsa Speaker