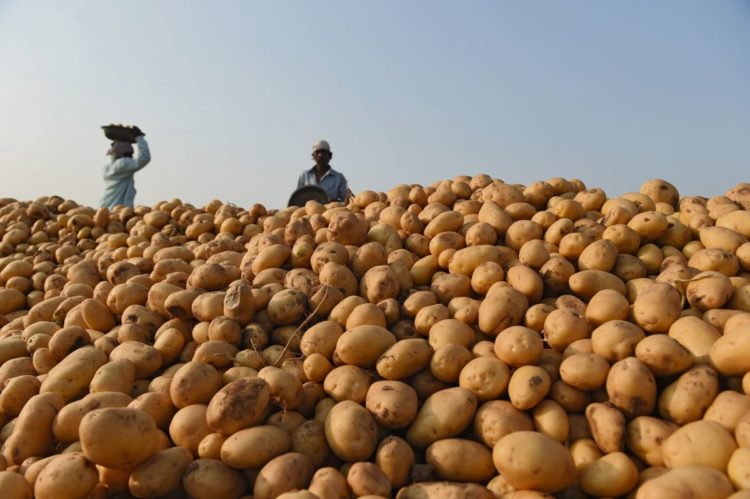 Despite the devastating effects of flooding on farmlands, the federal government yesterday gave assurance that the country will not experience food shortage in 2023.

Minister of agriculture and rural development, Dr Mohammad Mahmood Abubakar at a briefing in Abuja reaffirmed that Nigerians don’t have to panic over food shortage as the government has begun restocking of the strategic food reserve with 200,000 metric tonnes of assorted food commodities.

The minister added that government is embarking on an immediate needs assessment of affected communities and farmlands in all the affected states based on available remote sensing report on 2022 flooding to ascertain the level of damages for appropriate interventions.

Among other intervention to cushion the effects of flooding on food production, the minister said include ongoing distribution of subsidized agricultural inputs including fertiliser, certified seeds and agro-chemicals to affected wheat, rice and maize farmers for dry season farming under Agricultural Transformation Agenda Phase 1 and Public Based Operations (PBO).

This he said is ongoing across the 36 states and FCT using the redesigned National Agricultural Growth Scheme and Agro-Pocket Technology delivery platform to address flood and emerging food security challenges.

Speaking further, he said, “In totality, the whole idea is to make sure that food production does not stop, I can tell you that no need to panic, the government through various interventions apart from the provision in the ministry’s budget is doing everything possible with our development partners to make sure that the flood does not cause food shortage in this country. We have grains in the silos, the CBN which also produces a lot of food has grains in the silos but we’re not just relying on the silos rather to make sure our production does not stop, we’ll embark on intensive dry season farming.

“The Federal Ministry of Agriculture and Rural Development is working assiduously and harmoniously with a wide range of stakeholders to explore the window of domestic and foreign collaborations and investments in the nation’s development process of attaining food and nutrition self-sufficiency, enterprise promotion, employment generation and wealth creation.”