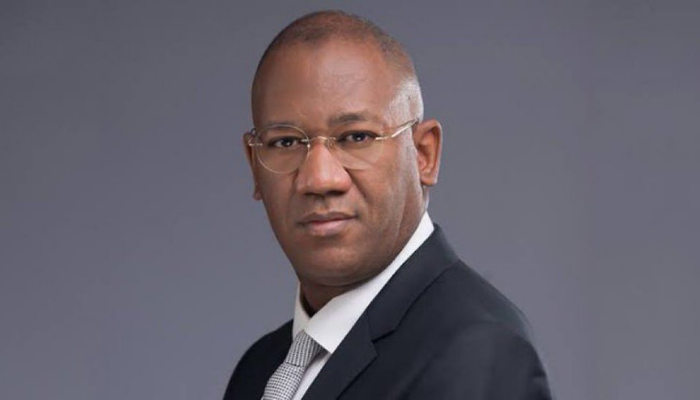 The goal or objective of education is to open the mind and make it  receptive to good knowledge and sound ideas that can bring about good and progressive changes for society. It is the process of receiving or giving systematic instructions especially at a school or university, a purposeful activity directed at achieving certain aims such as transmitting knowledge or fostering skills and character traits. This can not be obtained just anywhere, but under an environment that motivates and inspires. Education is not something bought on the shelves, but a product of sound preparations born out of deep passion for the liberation of the mind and society. The nobility of the BAZE University, Abuja captured the inquisitive attention of MELTING POINT this week. A visit to this premier educational facility, rare of its kind in Nigeria, located on a well calculated and conducive environment  is a site to behold.

Over the years the need for quality education in Nigeria has continued to dominate public discussions. This is because the absence of education or the low level of it has contributed to the dwindling fortunes of most sectors of our human endeavours. Arguments and counter arguments have continued on whether the country needs more institutions of learning to cater for our rising population . With a total population of about 200million people, the country is said to have about 197 Universities, both public and private. Curiously, most countries with less populations have more number of such institutions thereby ranking their human development indices higher. For instance ,Brazil with a population of about 209 million people has over 440 Universities, while Mexico has 375 universities to cater for about 126 million of its people. Russia is said to have 741 universities with a population of 146 million people. Many smaller nations have more number of universities than us, hence their higher levels of development.

Because of this, the increasing demand for University education in Nigeria today cannot be overemphasised. This is because of the rising population of school leavers seeking admission across the nation. Before 2010, most of the nation’s universities are government owned and were few in number that they cannot accommodate the rising admission aspirations of our school leavers. Facts from the Joint Admission and Matriculation Board, JAMB, revealed that only about 30 % of JAMB candidates, inclusive of those who sat for the exams outside the school system usually get admission into our universities while the remaining 70 % of them keep trying their luck each year. It is not that they lack the entry qualifications, but were always stranded because of limited entry benchmarks and quotas of the respective institutions. Even the creation of additional Federal universities by the Goodluck Jonathan administration did not address the situation. But the granting of licenses by the National Universities Commission ,NUC by the Federal government for the establishment of private universities has expanded the space for tertiary education. We now have additional  private universities in the country which has given good relief to parents and students. It’s a timely intervention which has drastically reduced the frustration and closed the gap of  university admission scarcity. The situation is increasingly improving, especially with the coming on board of institutions like the Baze university.

Yours sincerely’s  focus on the BAZE University this week, is to bring to fore  the laudable contributions of one of the newly established private institutions  to learning and teaching in the country. Sound national education entails such commitment and patriotism , which the nation requires to develop its substructures for the comfort and convenience of the growth and development of the people. A tour around the Baze University, located along the airport road, 6 kilometres away from the Federal City Centre ,FCC of the capital city, directly behind the National Judicial Institute, NJI, reveals a lot. A quite and scenic  environment that motivates and energize the inquisitive mind, boasts of state of the art infrastructures, well arranged with requisite learning and security structures for comfort.

It is quite interesting to discover that the University was founded by  Senator Datti Baba-Ahmed, a distinguished sound lawmaker, lover of education, diligent human administrator and presently, the Vice Presidential Candidate of the Labour Party. Datti Baba alias Yusful, is also the Pro-Chancellor. The university  parades eminent Nigerians on its board such as the former Vice President of the country, Arc Namadi Sambo, GCON, who is the Chancellor and Chairman of the board of Trustees,Chairman and Publisher of this newspaper, my leader and mentor, the great late Sam Nda Isaiah (of blessed memory), former Minister of defence and former SGF Alhaji Mahmud Yayale, Prof Joy Uche Angela, the only lady and Dr Charles Aderemi .  Prof Tahir Mamman is the indefatigable Vice Chancellor. An array of politicians you will say, but exceptionally committed to educational pursuit and  development of the people and the nation. A combination of these credible figures providing oversight on this university is enough a sign of capacity and capability.The Baze University, founded on April 2011,is an institution built to provide education of British standards in Nigeria. It is obvious that the founder himself is a product of such a high educational taste to have given birth to this laudable dream. This is because no one can give what he or she does not have. You can only give what is available with you. And this great dream is what has been the desire of this great and lovely, courageous and patriotic Nigerian leader, Dr Datti Baba-Ahmed to add value to the educational content of the nation. It is also interesting to note that studying at the Baze University is half the cost of foreign scholarship. The institution has graduated quite a number of competent professionals and administrators in many fields of human endeavour.An interview with many of its alumni who spoke with me confirmed the distinctive quality base of the university making a difference in the nation’s capital city. It has experienced and highly motivated  Professors, lecturers and other non academic staff who are exceptionally committed to teaching and academic administration, thereby promoting and sustaining the quality it sets out to achieve. Will keep watching new developments at the university for the good of our people and nation.