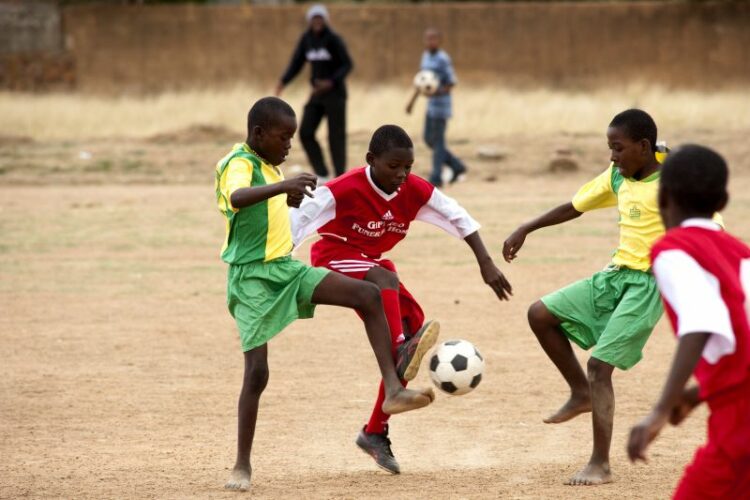 Football or soccer is considered one of the most popular sports in the world. For most Nigerians, it is, unarguably, the greatest bounding factor, a strong ‘pillar’ of unity begging to be harnessed.

The popularity of football in Nigeria gained momentum in the early 80s, and the country began to prove to the world in the 90s that she has come of age in the game when the Super Eagles qualified for their first ever FIFA World Cup, USA ’94 and two years later made Olympic football history by becoming the first African and non-European and South American team to win a gold medal in the sport.

Since those glorious days, Nigerians have seen a steady decline of football. And to arrest the dwindling fortune of the game that brings joy to Nigerians, President Muhammadu Buhari recently unveiled the Nigeria Football 10-Year Development Masterplan (2022-2032).

The policy document, according experts, encapsulates functional strategies that would, if well implemented, outlast the Buhari administration and, possibly, firmly place Nigerian football on the path to sustainable growth and development. Furthermore, it is expected that the document will address the fundamental abnormalities that perennially upend the development of football in the country and, invariably, benefit the broad strata of the society.

President Buhari noted this much when he pointed out that football remains the number one sport in Nigeria and a national asset. He pledged his administration’s determination to resist any attempt to undermine its development.

“It is the responsibility of the government to safeguard the sport, which had brought Nigeria many laurels, and treat it as a national asset just as I expect and demand a higher standard of patriotism, responsibility and commitment from those charged with the administration of our football. We have seen attempts to disrespect and undermine the institutions supervising our sports. We have seen attempts to subjugate national interest for narrow interest or disrespect the laws of Nigeria. Nigeria will not take lightly any attempt to inflict injury on its football fortunes.

“This government is interested in developing a football culture that will accommodate global best practices, and that will help the nation to lay a solid foundation for her domestic football, put in place professionally and efficiently run leagues, entrench a consistent and stable football calendar and create a value chain which will boost the sports ecosystem,” Buahri said while unveiling the 10-Year football development document at the Presidential Villa in Abuja recently.

Football has since metamorphosed from mere entertainment sport to multi-billion Naira enterprise. It is a big investment, and footballers in most leagues of the world smile to the bank on daily and weekly bases as a result of the fantastic earnings from the game. In most countries of the world today, football enjoys patronage of the highest order and Nigeria can’t be an exception. There is a need to properly harness the economic potentials embedded in the game of  football.

However, as the document advocates the need for infrastructural development, recommends the privatisation of the sector for effective and efficient performance, calls for improved governance structure, and makes a case for an infusion of fund to finance the sector and among others, we worry that the dreaded Nigerian culture may affect the attainment of the goals embedded in it. Pessimism aside, it is important to recall that we have seen similar policy documents that became mere paper tigers. It is from this perspective that we urge the authorities to make a difference with this policy instrument because of its potentials as a nation unifier. It must not be allowed to suffer the fate of similar documents that were left to gather dust on the shelf.

None of the above reports saw the light of day as past administrations continued paying lip service to the holistic implementation of the reports. This simply means that Nigeria is not lacking documents on how to develop its football. Neglecting the implementation of such documents is the reason football, in particular and sports in general have sadly been reduced to nothing in recent years. Obviously, there is nothing new in the 10 Years Football Document that does not already exist. Nigerians want action not words.