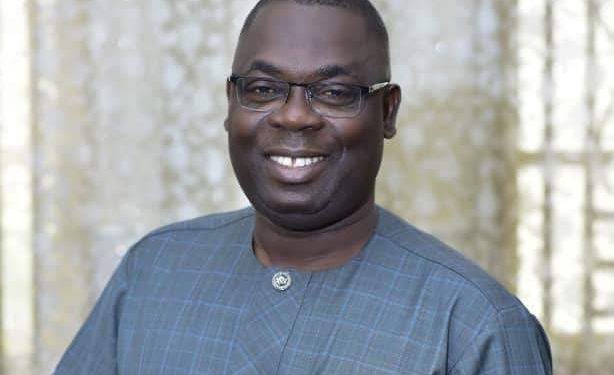 Immediate past commissioner for information and orientation in Ondo State, Hon. Donald Ojogo, has emerged as the candidate of the All Progressives Congress (APC) for Ilaje/Ese-Odo Federal Constituency in the 2023 general elections.

Reacting to his victory, Ojogo appreciated the party leaders and people in the federal constituency for their support, noting that the result symbolised the unity of APC in the area.

He promised to give credible representation for the Ilaje/Ese-Odo Federal Constituency when elected into the 10th National Assembly.

According to him, the primary election was a significant statement of “unity” and “signalled the strong bond established in our federal constituency.”

Ojogo said the widespread acceptance from the people of Ilaje, Ijaw-Apoi and Arogbo-Ijaw symbolised a “renewed cohesion; it is a new chapter, with reinvigorated hope, confidence and deepened trust. Our faith in liberation and genuine development is rekindled. The journey to greatness has just begun.”

While appreciating the state governor, Oluwarotimi Akeredolu, for providing the needed leadership, Ojogo said, “We are immensely grateful to Mr Governor whose uncommon candour and total respect for fairness and equity stand him out. He is a compassionate mentor, a builder of leaders and a great Pathfinder.

“I thank all our leaders in Ilaje/Ese-Odo for standing with the party and providing political direction for the people. I thank our Deputy Governor, Hon. Lucky Aiyedatiwa; Chief Olusola Oke, (SAN), National Vice Chairman (South West), Hon Isaacs Kekemeke, Ondo State Chairman of the APC, Engr. Ade Adetimehin and many others are too numerous to mention here.

“My own Senior High Chief Bibopiri Ajube, the Ibebeleukriwei (Asiwaju) of Arogbo-Ijaw Kingdom deserves a special place in this history-making situation in our dear Federal Constituency. His incurable quest for peace, justice and development is highly commendable.

His ingenious intervention at the most critical times, especially in my domain, created this path of greatness.