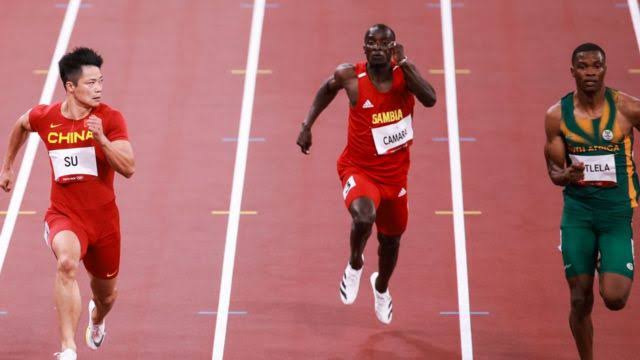 Top athletes from The Gambia risk being unable to compete at the Commonwealth Games because a visa hold-up means they are stuck in France.

The six athletes, including one of its most successful sprinters, Gina Bass, have been training in Paris for a year.

Some of the athletes are due to compete as soon as Tuesday and risk missing the competition as they are not yet allowed to enter the UK.

The Home Office said the applications are being processed.

“They’re some of our best athletes,” said The Gambian minister for sport, Bakary Badjie.

They had been set to take part in the opening ceremony in Birmingham last week.

Mr Badjie said The Gambian government was unclear why the visas had not been approved as the athletes had applied on time and members of the delegation who travelled from The Gambia had made it to Birmingham.

“We were hoping they would be here for the opening ceremony,” he said. “One was meant to be our flag bearer.

“They’ve been in a foreign country training for an event that they’re not told they may not be at,” he said. “We expect them to be stressed.”

As well as Ms Bass, the other athletes are the nation’s top male sprinters Ebrima Camara, Adama Jammeh, Alieu Joof and Sengan Jobe as well as Abdou Rahman Ceesay, who is set to compete in the judo events.

A Home Office spokesperson confirmed the visas were being processed, but it is not yet clear when the athletes will be able to trav