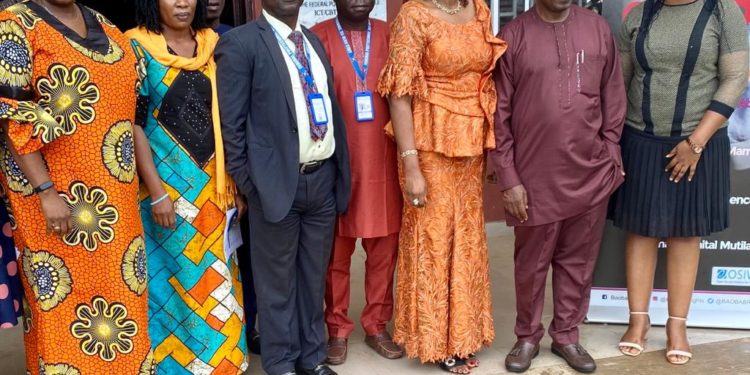 A group has launched an initiative to train young women in Ondo State to understand the issues of Sexual and Gender-Based Violence (SGBV) in their different communities.

The group, BAOBAB for Women’s Human Rights, picked 120 undergraduate students of the Federal Polytechnic, Ile-Oluji, for the training, which is expected to last for eight weeks

At the launching of the anti-SGBV initiative, held at the permanent site of the Polytechnic in Ile-Oluji on Monday, the executive director for BAOBAB Human Rights organisation, Mrs Bunmi Dipo-Salami, disclosed that the training will help the young women to become lionesses.

Dipo-Salami said the participants, after the training, would also be able to protect other young women on campus against any Sexual and Gender-Based Violence.

According to her, at the first stage of the programme, 40 undergraduate students who are occupying leadership positions on campus were picked to participate.

She added that within the next two years, the remaining 80 undergraduates will also benefit from the training of the group.

She said, “This group is dedicated to the promotion and protection of women and girls’ rights. We are here to launch the Institute for Young Women on Gender and Sexual Based Violence

“The programme will run for eight weeks and 40 female students will benefit from it. We are also here to launch the Stop Campaign. The campaign is also to end gender-based violence in our tertiary institutions and the country. We have 40 participants now and many of them are female students who are occupying leadership positions on campus.

“We believe that young women are the future of this country and they are also vulnerable to Gender and Sexual-Based Violence. We thank the Rector of the institution for putting in place structures and policies to ensure that the lives of our young women are protected sexually whether in the hands of their male colleagues, lecturers or the management staff.

“We are saying zero tolerance to sexual violence in Nigerian institutions. We believe that at the end of the day, these young women will become lionesses to be able to protect the other young women on this campus.

“Each beneficiary will be able to affect at least 10 other women and the figure will keep growing, will also be able to set up a support group for women on campus. We are looking up to train 120 female undergraduates within three years,” she stated.

Earlier, the Rector of the institution, Prof. Dayo Fasakin, noted that the participants will be enlightened on the principles of equality, empowerment and respect for the dignity of women as human beings to improve the quality of women’s lives.

Fasakin said, “It is believed that by so doing, the institute will strengthen the capacity of young women to join the forefront of Nigerian women who are advocating, defending and protecting the rights of women and girls, particularly as far as sexual violence which has become prevalent in the society is concerned.”