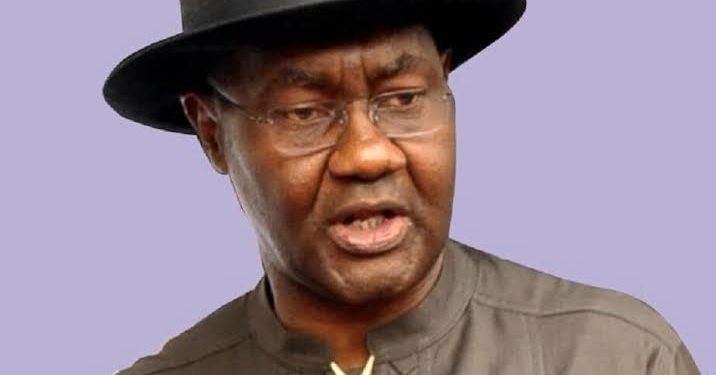 Abe, who recently dumped the All Progressives Congress (APC) and picked SDP gubernatorial ticket for Rivers State, said his new party is the fastest growing political party in the state.

Speaking when he paid a courtesy call on the SDP national chairman, Shehu Musa Gabam, Abe assured the party that he will not fail.

“I am here today to thank the SDP for the privilege given to me to fly the party flag. The party has several options but in your wisdom, you choose me. I assure you, we will not fail you.

“The party has lived up to its mandate that improved democratic practices in the country,” Abe said, adding that, “by affording Rivers this opportunity, we want to assure you that we will not disappoint.

“For political parties, it is the people that own the party. You’ve opened a lot of membership in Rivers State and SDP is the fastest growing political party in Rivers. People are now joining the party in thousands,” Abe said.

“I want to assure you that we will win the election in Rivers State. The BIVAS machine has opened the opportunity where the governor, driver and the trader only have one vote.

“We are going to win them. We are in this party to contribute and strengthen the party, bring victory, hope and succour to Nigerians who understand that we must do things differently.

Reacting, the SDP national chairman, Shehu Musa Gabam, said the party believes in making things right, adding that they created the avenue for credible people to serve the nation through the SDP.

“In SDP, we take our things seriously. Our positions are always for the good of the party and they add value to the country.

“We have followed the law, we have not gone against INEC rules nor the laws of the country. We are the one that have been setting the good precedent based on the INEC records.

“By the grace of God, you will be the next Governor of Rivers State. Anyone who has been following the politics of Rivers State and your profile knows that only God determines the fate of a man.

“The party is not regretting that you come on board, we have built a very strong institution in the country. We know quality people in all the states of the Federation and you are one of them,” Gabam said.