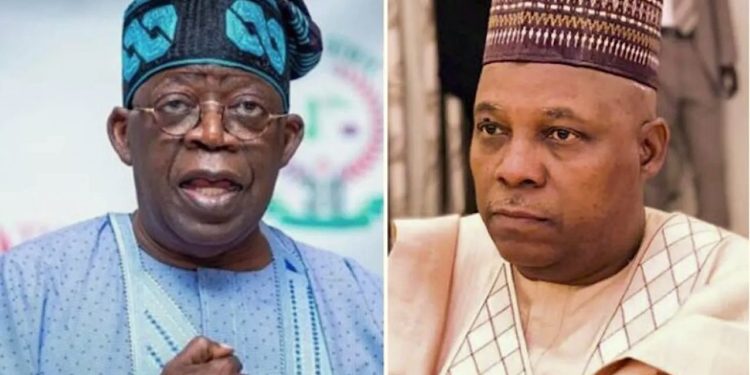 Amid uproar over the choice of the running mate of the All Progressives Congress (APC) Presidential candidate, Asiwaju Bola Tinubu, a socio-political group, Agenda for Greater Nigeria, (AGN), has called on Nigerians to shun religious considerations, saying that Tinubu/Shettima ticket portends a promising future for Nigeria.

The group described the choice of the former Governor of Borno State, Senator Kashim Shettima as the best choice, saying that the choice was a clear indication that Tinubu Presidency would take tough decisions to better the lots of Nigerians and reposition the country on the path of prosperity.

The group, in a statement signed by its President and General Secretary, Izacc Koleosho and Gidado Kawu respectively, urged Nigerians to shun religious sentiments while making decisions on the 2023 presidential poll, saying that considerations should be competence, innovation, compassion, integrity, fairness and adherence to excellence.
They said that the challenges in the nation are too numerous for the nation to pay attention to ethnic or religious considerations, saying what Nigeria needs in 2023 is a team that has what it takes to fix the country’ s challenges.

AGN said for Tinubu to pick a candidate in Northeast despite the fact that northwest has the highest voters, shows that the party’s presidential candidate places premium on capacity and most importantly at this stage, the need to win an election which comes first before giving dividends of democracy to Nigerians.

“That APC presidential flag bearer picked Senator Kashim Shettima against all odds and after wide consultations show that Nigerians should watch out for well thought-out strategies to turnaround the fortune of the country. It shows that the Tinubu-led federal government is determined to move the nation forward and tackle the economic and security challenges,” they said.