With over 10 million illegal weapons reportedly in circulation, gunmen in the last six months have killed about 6,566 defenceless Nigerians, triggering calls by some state governors for residents to arm themselves in self-defence. TARKAA DAVID writes. 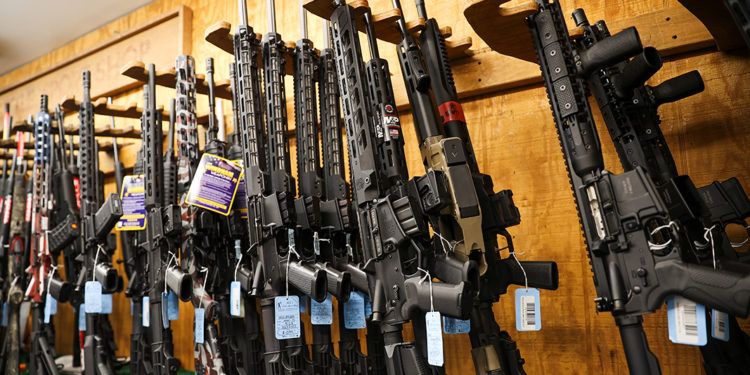 The developed nations have been pushing for gun control in recent times following the widespread shooting of school children and other fun seekers by gunmen.

While the debate surges on the global stage, the governors of Benue, Katsina, and Zamfara states have increasingly sought to arm citizens against bandits and other non-state actors who attack and kill with little or no resistance at all.

Records showed that 45,000 Americans died in 2020 due to gun violence, in addition to 390 million guns in circulation in the United States as of 2018.

Former Chief of Defence Staff, Air Marshal Allamin Musa Daggash (Rtd) told LEADERSHIP Weekend that the Zamfara State government’s order to its citizens to procure arms for self-defence must have been out of frustration.

He added that the killings in Zamfara have continued with little or nothing to stop them.

Daggash said the nation’s democracy gives the governor the right to protect his people, adding that the federal government should challenge him if he is wrong.

“I think the poor man, the governor of Zamfara State, has been pushed to the wall. You know, the Zamfara crisis has kept increasing and the federal government has not helped him much. So, if you want to equate US democracy to Nigeria’s democracy, we are supposed to copy properly.

“The state too has a right to protect its people. So, there could be that kind of argument in the court. Even if the federal government wants to challenge him, he is not doing it intentionally or ordinarily. He is doing it because he is fed up with the whole crisis.

The former defence chief lamented years of abuse of law in the country, adding that even the government has over time failed to live up to its obligations hence the continued backlash.