Hayatudeen: And A Technocrat Joins The Fray

by Hauwa Mohammed
in Opinion
0 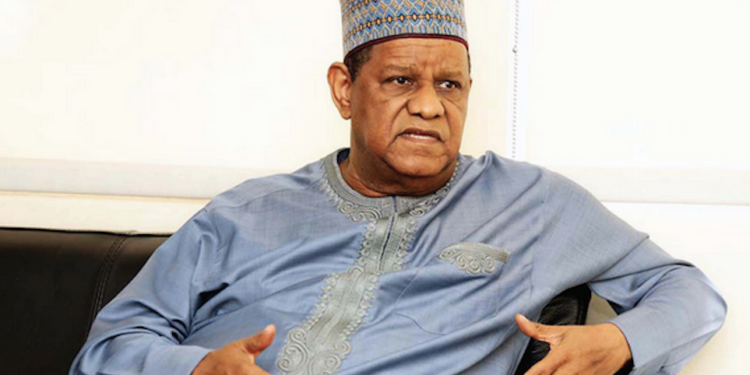 It was the late hero of the anti-apartheid struggle and respected cleric. Archbishop Desmond Tutu, that once said that politics was too important to be left for politicians alone. Perhaps, the late South African was also echoing the timeless saying that politicians think of the next election while statesmen think of the next generation. The thinking of an average career politician is how to scheme, strategise, outwit his or her opponent and win the next political contest. But in actual sense, politicking should be more than that. It should be about the common good; elevating human dignity and ensuring that the people is always at the centre of every step or plan.

One of the greatest banes of Nigeria’s leadership recruitment system is that we have been saddled with career politicians for so long. That is people who are only good at winning elections; whose only strength is strategising on how to conquer political territories and win electoral battles. There is practically no governance blueprint. The moment they get into office, the next battle is how to consolidate power and win the next election; either national or regional election.

This is the main reason governance suffers. To these career politicians, the reason they were elected: to provide leadership and make life for the people becomes secondary. And because these career politicians usually help themselves to the public till while in office are always able to amass enough financial war chest to prosecute the next election. That is why what the nation has is nothing but leadership recycling that adds no value to her socio-political engineering. The quality of life keeps getting low because what the nation has are rulers without quality leadership.

The nation craves for a breadth of fresh air. And that is why there should be excitement naturally when news came in that someone like Mohammed Hayatudeen had thrown his hat into the ring and would be contesting for the highest office in the land. Arguably, since the return of democratic rule in 1999, it would arguably be the first time a technocrat would be among the front runners for the ticket of any of the nation’s two major political parties. Hayatudeen is running on the platform of the opposition People’s Democratic Party, PDP. In fact, it is also the first time when the party would be having amongst the ranks of its presidential contenders someone who is not a former this or that. That is someone, who is not either a former governor or senator or former Vice-President.

Hayatudeen’s entrance into the fray should encourage other technocrats to step out of the shells and join the political process. From all indications, lamentations won’t really help in ameliorating the situation. And that is why Hayatudeen should be commended for joining the fray. He has demonstrated that perhaps, thinking that issues would fix themselves is a mirage. Patriots have to get out of their comfort zones and challenge the status quo and get the establishment to be on its toes. But it is perhaps deeper than that.

As earlier stated, the biggest challenge of leadership in the country is that politicians who make beyond the soap box and win elections hardly know the limit of politicking. To them, it is a life calling which they must perpetually obey. The implication of this is that they hardly know where politicking ends and governance as well as concrete leadership provision take over.

And that is why the coming into the fray of someone like Hayatudeen should challenge the nation’s approach to leadership recruitment and how Nigerians go about making political choices. For instance, right now, politics is in the air and governance has been relegated into the front burner. That is what you get when the only motivation for coming into politics is to grab power for the sake of it and not for the common good. The fact of the matter is that technocrats and those who honed their leadership skills in the private sector know that management of resources is not based on the feeling that there is an unending source of funds from a natural resource which will never dry up. Their idea is about wealth creation and prudent management of scarce resources.

Interestingly, this is one area where Hayatudeen has excelled. If you check his resume, one can see that he has successfully managed different business and corporate concerns and he also turned moribund entities into profit making concerns.

He rose to become the Group Chief Executive and he succeeded in giving the entity direction, effective leadership and vibe for the group’s over 140 subsidiaries.

Hayatudeen shining light did not end with the Norther Nigeria Development Corporation. He moved one and became the president and chief executive officer of FSB International Bank which was the then almost moribund Federal Savings Bank. He recalibrated the bank, gave it a new lease of life and turned it into a profit-making organisation. Having served others, he felt it was perhaps tine to serve himself. He set up the Alpine Group which was a project development outfit and was responsible for some landmark projects across the country. One of this was the largest shopping mall in the ancient city of Kano. Not only the largest in Kano, but in the entire West African sub-region.

One positive thing about Hayatudeen is that throughout his career in the private sector, which is also known for its rather murky boardroom politics, has been able to navigate those treacherous waters without any blemish or scandal. And he is not a young man at 68 but even at that his resume remains untainted.

And that is the crux of the matter. It is high time the nation looks beyond career politicians and give technocrats a chance. The nation has been held hostage by leaders who acquired power and did not seem to know what to do with it.

Born on September 15th, 1958, Hayatudeen graduated from the Ahmadu Bello University in 1976 where he read Economics. He has different professional chips on his corporate shoulder which include Advanced Leadership and Management Certificate from the Harvard Business School’s Advanced Management Programme. He has also served as either chairman of director in number of companies which include Nigerian Stock Exchange, NSE, Nigerian Hotels Limited, Kaduna Textiles Limited, Seven-Up Bottling Company, PZ Cussons and host of others.

Perhaps, Nigerians will pick a cue from the words of the legendary Archbishop Desmond Tutu and agree that truly, politics is too important to be left to politicians alone. And may be, Hayatudeen will be the link to that. The clock is ticking for a nation in search of credible leadership.