Says his footprints in the sand huge, will forever be missed 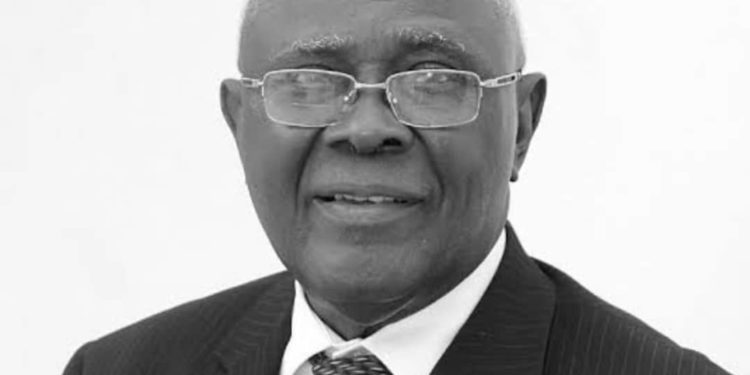 The Housing Development Advocacy Network (HDAN) has expressed sadness over the demise of Nigeria’s first Professor of Geography, Akin Mabogunje who passed away in the early hours of Thursday, August, 4 2022.

The HDAN group sends condolences to the Family, the academic community, Nigeria and indeed Africa.

Executive Director of HDAN, Festus Adebayo in a statement said it is very sad news to hear of the death of his mentor. He described Professor Akinlawon Mabogunje as “a rare gem, professor of professors, father of modern housing development, father of African geography, the man who mentored me”.

He however said his impact will continue to live after him.

Prince Seyi Lufadeju, Former Chief Executive Officer, Shelter Afrique, and Chairman Board of Trustees of REDAN added that “It is with a huge sense of loss that we got the rude shock of the demise of our leader, father, and mentor. May his lovely soul rest in the Lord”.

The Founder/Chief Executive Officer of ALPHACITIES AFRICA/Non Executive Board Director at Shelter Afrique, Dr. Chii Akporji, who is also a member of HDAN while expressing shock over the loss said Professor Mabogunje is truly an icon and advocate for the opportunities of urban development and housing access on the African continent. She added “May his great soul rest in peace Amen”.

Emmanuel Akinwumi of Financial Partnership Africa also reacted to the sad news, “A doyen of housing and other national development issues has gone to rest. His footprints in the sand are huge and he shall be missed. Rest in perfect peace, one of the foremost nationalists in his generation. May God grant his loved ones the fortitude to bear his great loss” he said.

Another member of the HDAN group, Executive Secretary of REDAN, Yunusa Shuaibu added “He was a compass. As our Chairman @ FMBN ( PTB) he treated us as father, guided us to understand what to do along with other Directors – to take the Bank to comfort for the benefit of Nigerians and most concisely, the housing sector. He set an agenda for the various spheres to strive for – MBAN, REDAN, BUMPAN, the Ministry as well as other subsets, emphasizing collaboration. When I visited him in Ibadan, I saw humility in him, so also, his wife – Mama; Prof. will call to say hello after an interval of time; Wish the family and all of us the strength to bear his departure”.

Other members of the Housing Development Advocacy Network HDAN who also poured in their condolences noted that Baba Mabogunje has left an indelible mark on the sand of time and several firsts for housing stakeholders to emulate describing him as a Selfless, Humble and Brilliant Nigerian.

Professor Akin Mabogunje was the first African President of the International Geographical Union. In 1999, he was the first African to be elected as a Foreign Associate of the United States National Academy of Sciences. In 2017, he was elected a Foreign Honorary Member of the American Academy of Arts and Sciences and received the Vautrin Lud Prize.

In 1968, Mabogunje wrote Urbanization in Nigeria, about urbanization and state formation. In the book, Mabogunje argued that the existence of specialists is not sufficient to cause urbanization. Mabogunje describes three “limiting conditions” which are additionally required: a surplus of food production, a small group of powerful people to control the surplus and maintain peace, and a class of traders or merchants who can provide materials to the specialists.

Among his numerous and impactful contributions in the development of Nigeria was his helping to establish the Urban Development Bank of Nigeria, the Community Development Banks and the Federal Capital Development Authority. Prof was vice-chairman in the Dr. Peter Odili-led Presidential Technical Committee on Housing and Urban Development inaugurated by the then President Olusegun Obasanjo in 2002. The White Paper from this effort yielded such remarkable outcomes as the creation of a new Federal Ministry of Housing and Urban Development, a major reorganization of the Federal Mortgage Bank of Nigeria (FMBN), the Federal Housing Authority (FHA), the emergence of the Real Estate Developers Association of Nigeria (REDAN), Building Materials Producers Association of Nigeria (BUMPAN), and the Lagos Mega City Commission of which he was chairman. These institutions and projects bear, one way or another, the imprint of Prof’s outstanding legacies in the housing, real estate and urban development sectors.

Other notable stakeholders who have sent condolence messages are Dr. Victor Onukwugha President of the Association of housing corporation of Nigeria, Sen . Gbenga Ashafa, CEO of FHA, Femi Adewole of Family Homes Funds and MD FHA Mortgage Bank, Adedeji Adesemoye, Formerly of CBN, Arc Eucharia formerly of Federal Ministry of Works and Housing among others.

Indeed, the works and contributions of this wonderful scholar and leader can never be lost.