by Patience Ivie Ihejirika and Merit Ughovwa
in Health
0 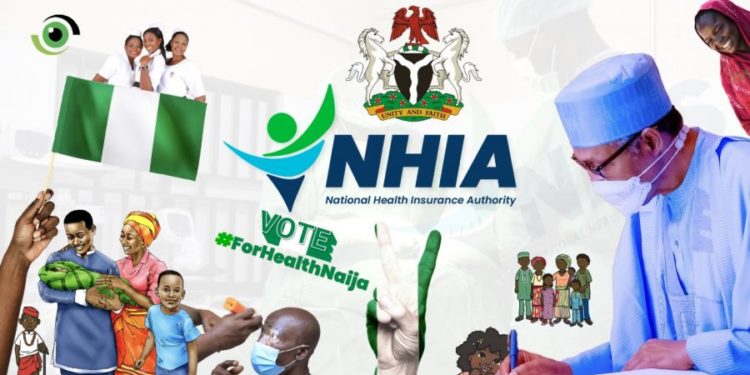 The NHIA Act, recently signed into law by President Muhamadu Buhari, establishes and empowers the NHIA to ensure provision of health insurance for all Nigerians through a mandatory mechanism, in collaboration with state health insurance agencies.

Specifically, Sections 25 and 26 of the Act establish the Vulnerable Group Fund (VGF), indicating the various sources from which funding would be drawn.

The legislation further strengthens the NHIA to discharge a wide range of regulatory and promotion functions to ultimately ensure that every Nigerian receives access to quality and affordable health care.

Highlighting this at a news conference recently in Abuja, the director-general of NHIA, Prof. Mohammed Sambo, said effective health insurance services will reduce the prevalence of diseases in human population.

On how the NHIA intends to identify the vulnerable group, Sambo said the authority will use the national social register developed by the office of the vice president and currently at the ministry of humanitarian affairs.
He said “Office of the Vice President has data on the people that are poor in the country. We would use that register to determine the vulnerable group. However, there’s need for States to validate the data especially during the capturing of people in the national health insurance services.
“The mechanism for the implementation of the vulnerable group fund is same as the one for basic health care provision Fund. State structures would be used to achieve that. It will be closely monitored with the help of the ICT system which we have developed awaiting commissioning by the President.”
The DG further stated that cancer treatment is now covered in the insurance, saying the Authority is into partnership with Roche Products Nigeria Limited on Cancer Care Reimbursement initiative.

This, he said has reduced the cost of cancer treatment by 50 per cent. “In the remaining 50 per cent, NHIA will contribute 30 per cent and the patient will pay the 20 per cent. We have started piloting the program in about four teaching hospitals,” he said.
On the role of Health Maintenance Organisations (HMOs), the DG said the new NHIA Act has redefined the functions of HMOs.
“Henceforth, the NHIA and States would be driving the basic health care package. HMOs would be providing three roles. The first role is that any health insurance beyond basic health care services will be delivered by HMOs. Secondly, the NHIA has recognized the private health insurance. So, any private health insurance can be driven by HMOs. Thirdly, HMOs can also register to perform a role called Third Party Administrator (TPA) within the national insurance system,” he explained.
According to him, before the new NHIA Act, HMOs were in total control, including financial claims but the new NHIA Act has shifted the responsibilities to NHIA.
“Now, the funds for the basic health care services are moved down straight to health facilities and not through the HMOs as was the case in the past.
“But if a corporate organisations request for a comprehensive package, NHIA will collect premium for comprehensive health package and the supplementary would be sent to the preferred HMO of the organization.
“Because of the reduction of the responsibilities of HMOs, the risk equalisation and capitalisation is reduced,” he added.

Clearing the air on the speculations that the telecommunication tax will incur financial burden on individuals and households, Sambo said studies show that people spend more funds on telecommunications than they spend on the food they eat, adding that for every call you make, one kobo per second will be taken and it will be kept for you so that we can aggregate so much funds to cover for the poor, which cumulatively will run into billions. That cannot affect the household; you won’t even feel it.

Explaining further, he said “The Senate put it in the bill but it was removed: that does not mean it won’t be revisited. If NHIS is desirous of that, they can only advocate for it to be included in the financial act, and if agreed, it will be put there.”

Federal Govt To Shut Down Medical Labs Not Registered With MLSCN