How Online Games Are Becoming Usual Downtime In Nigeria 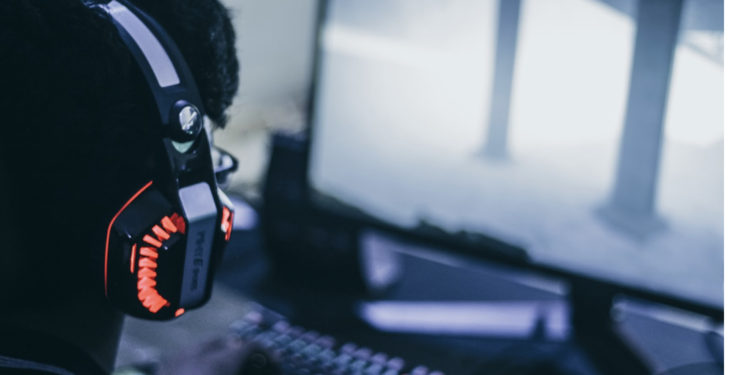 Video gaming is currently one of the most profitable entertainment industries in the world, and Nigeria is not falling behind. Online gaming in particular has become one of the top pastimes in Nigeria, mostly thanks to the rise of mobile phone penetration and increased internet availability.

The gaming industry had quite a modest beginning in Nigeria where most people could not afford pricey consoles or even personal computers. Fans of video games had to visit either local barbershops or football viewing centers in order to get access to a modest number of consoles. Despite that, nowadays the industry’s value in the country is estimated to be an incredible $67 million and it is expected to triple by 2023. Moreover, most of the revenue mentioned comes from mobile gaming, not consoles and PCs. The government itself generated a bit less than N1 billion from the gaming industry in 2019 only.

The Rise of Mobile Phones

Nowadays, nearly everyone owns a mobile phone of some kind, and this dramatic rise significantly increased the number of players of online games. Today’s smartphones also possess much better performances than the older versions, paired with great graphics that eliminate the need to purchase expensive pieces of equipment in order to become a digital user. That is why Nigeria is now home to more casual gamers than ever before.

The Most Popular Games in Nigeria

As the country’s young population is getting more and more passionate about online gaming, let’s take a look at some of the most popular game types at the moment:

The ban on gambling was in force until 2004. During that time, Nigerians have been allowed to legally enjoy popular games like slots, blackjack, roulette, and many more in land-based venues only. In the meanwhile, besides the land-based venues, the nation has embraced online operators, too, which are now in bloom.

A similar trend can be seen in other countries on the continent, such as South Africa. Both countries can be seen as the leaders in the industry, having a wide selection of online casinos dedicated to the local players, and choosing the right one can sometimes be challenging. That is why the South African market, for example, came up with online gambling portals  that help players choose the best possible sites available on the market. For example, Playcasino.co.za really stands out as a reliable resource in this area that helps the users evaluate online operators regulated by the National Gambling Board or any other trustworthy institution. As one of their authors, Kevin Jones explains, the platform came up with a progressive online review system that compares different casinos and helps the users pick not only the top casino games online to win real money, but also the best providers on offer. For instance, Punt Casino, Yebo, Springbok, and PlayLive are just some of the names that particularly stand out. The same trend is slowly but surely awakening in Naija.

Nigerians have been passionate football enthusiasts since the 1920s when the sport made its first appearance in the country. Therefore, it comes as no surprise that the globally loved football game found its way to the homes of many Nigerians. The FIFA series was translated into 18 languages in total, and it is now available in 51 different countries. It is one of the top-selling sports video games in the world, and its popularity in Africa started to skyrocket in the 2000s. Even though the option of competing on an international level is still not available for many Africans, the franchise remains adored by millions. When it comes to Nigerians and their preferences, the versions FIFA 18, 19, and 20 are mostly in demand.

Dota 2 is a world-famous arena game that is also extremely popular in Nigeria. It was launched in 2009 and the creators have been constantly updating it ever since.  In the basic scenario, every player controls a character known as a “hero” who possesses certain abilities. Each player then joins a team that competes against another group of players with the goal to occupy a base on the map and defend it.  Dota 2 is usually played with a range of two to five other players.

GTA V is a 2013 sequel to the famous franchise that was originally launched by Rockstar Games back in 1997. This action-adventure has been incredibly popular in Africa since 2008 when the San Andreas GTA IV version was released. GTA is a single-player narrative that follows the journey of the three main characters as they try to commit robberies in the fictional state of San Andreas, while dangerous criminals and a corrupt government agency are constantly after them.

The gaming industry in Nigeria developed rapidly, going from its humble position in local barbershops to transforming into a million-dollar industry. The country’s quite young population is passionate about gaming, and the increased availability of modern smartphones only boosted their interest in many different game types and titles.