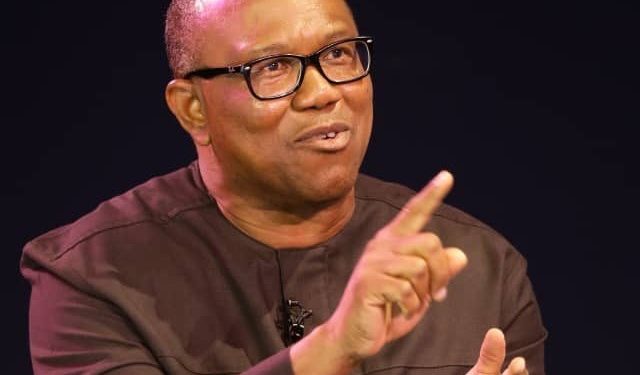 Presidential candidate of the Labour Party (LP), Mr Peter Obi has said the federal government can reduce crime and criminality in the country by pulling the citizens out of poverty.

This is as he said it was ironical that Nigeria which is the largest economy in Africa, produces mere 4,000 megawatts of electricity, when countries like Egypt and South Africa produce 54,000 megawatts respectively.
Obi spoke yesterday in Port Harcourt, the Rivers State capital, at The Forum, organised by a religious organisation, the Trinity House Church, in commemoration of the 2022 Democracy Day celebration.

He said, “If we get it right and start borrowing for investment; that is where we will start. When we start pulling people out of poverty, this criminality which the keynote speaker was hampering will start reducing.

“That is what they do in South America and that is what they do in Asia. The more people you pull out of poverty, the more you reduce criminalities.”
The LP presidential hopeful stated that there was the need to support the micro and medium scale businesses to grow through improved power supply.
Obi said, “We need to focus on our micro small businesses, to be able to support them because supporting them is not difficult. First, we need to do something immediately about power.

“South Africa, which is the second largest country, economy is doing the same thing. Nigeria cannot produce more than 4,000 megawatts.”
Speaking at the event, senior pastor of Trinity House Church, Pastor Ituah Ighodalo, called on Nigerians to look for truthful people to elect as leaders come 2023.
Ighodalo said, “We must be able to speak truth to power; we can’t hold people who should be serving us accountable because we want to be like them. It is time we start holding the leaders accountable.

“We must vote for the truth and we must look for the truthful people and say to these men, we will back you up.”