I Don’t Have Anything Against Atiku Abubakar–Jang 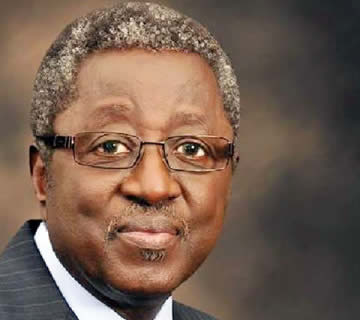 Former governor of Plateau State Sen. Jonah Jang has said his attention had been drawn to a publication purportedly issued by a certain group, Plateau for Atiku Group which alleged that Plateau PDP stakeholders disowned him (Jang)  for asking the national chairman of the PDP, Dr. Iyorchia Ayu, to resign.

According to Jang, he  does not have anything personal against Atiku Abubakar as the group would recall that in 2019, he mobilised his personal resources in support of Atiku despite the fact funds made available for the campaigns was in an attempt to ridicule him (Jang) sent to the wrong persons.

Jang in a statement issued in Jos by his media consultant, Clinton Garuba, said perhaps it was important to “school” the said group which had arrogated to itself the noble position of stakeholders, which it indeed is not, because of the dynamics of the politics of the PDP to which they are “latter-day entrants”.

The Plateau for Atiku Group had disowned a statement credited to Jang asking Ayu to resign.

In a statement signed by the protem secretary of the group, Prof Shedrack Best, they  frowned at the former governor’s penchant for making statements that are not in tune with those of other  stakeholders of the party in the state.

Garuba argued that they may have been carried away by blind followership to know that Sen. Jang and the other founding fathers of the PDP built it on the principles of justice, equity and fairness and it is these principles that held the party to where it is today. Subverting the constitution of the party’s long-held tradition of inclusiveness is a sure way to derail the party from getting back to its winning ways, he said.

“Senator Jang and the real stakeholders of the party are not surprised that such a publication is authored by Prof. Shedrack Best who is still aggrieved and sulking over his loss in the recently held primaries of the PDP in Plateau State. He needs to let go of the bitterness against Jang as he is not responsible for his loss, as the stakeholders agreed then that, the delegates voted for aspirants and only one winner could emerge,” he added

He also said it was true that Senator Jang and other prominent members of the party had been with Governor Nyesom Wike in the fight to entrench truth, equity and the need to give all members a sense of belonging and they had also made it clear that it was for the purpose of moving the party forward and leading it to victory at the polls.