by Winifred Ogbebo
in News, Politics
0 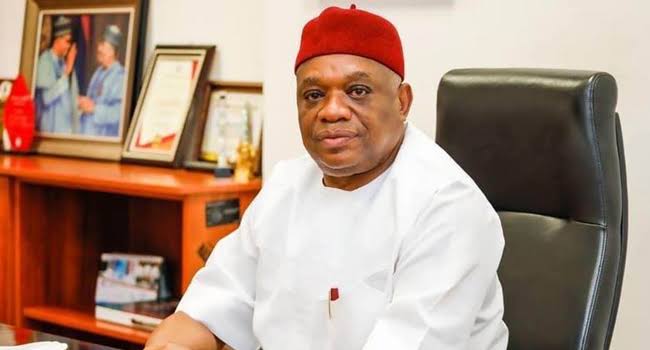 Reports emerged on Thursday that the Chief Whip of the Senate and other key stakeholders were appointed to head Lawan’s campaign organisation.

However, in his reaction via a statement he personally signed and made available to journalists Thursday night, he denied the report, saying the list of the campaign team currently making the rounds was not authorised.

Kalu appealed to the general public to disregard the report claiming that he’s been made campaign DG of the Senate President, Ahmad Lawan.

Kalu said, “My attention has been drawn to a list of committee Chairmen of Ahmad Lawan Campaign Organization in which I was also mentioned as the Director General.

“The list should be disregarded as no authorization was given to the effect of its publication.

“As the Chairman of the meeting held at my instance, it is important to notify the general public that we are not yet in the Campaign proper. A committee will be inaugurated to that effect once our most preferred candidate, Senator Ahmad Lawan emerges as the presidential candidate of All Progressives Congress (APC).

“I am also running for election in my senatorial district and would rather recommend a sitting Governor who is not running for an election to chair the campaign team at the right time .

“Several private visitors who were not even part of the meeting were also reported to have been in attendance. Senator Betty Apiafi, just as Senator Uche Ekwunife who visited on a different bipartisan matter concerning the Senate was also mentioned.

“It is mischief to have included these names as part of Ahmad Lawan Campaign Organization.”