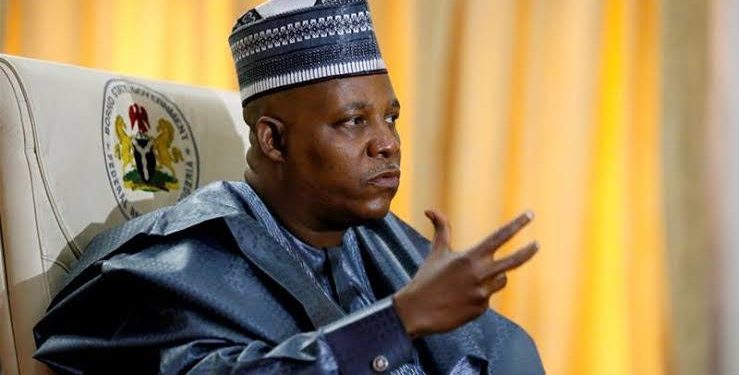 The immediate-past governor of Borno State, Senator Kashim Shettima, has disclosed that some “Judas Iscariot” in the Southern part of Nigeria were working against realisation of the power shift to the region ahead of the 2023 presidential election.

It will be recalled that there have been agitations for the zoning of the presidency to the South or South-East as President Muhammadu Buhari ends his two-term in office in 2023.

Some northern leaders and serving governors like Nasir El-Rufai of Kaduna and Babagana Zulum of Borno State have openly thrown their weight behind the agitation for power shift to the South.

Shettima, who is one of the promoters of former Lagos Statw governor, Bola Ahmed Tinubu’s presidential ambition, expressed concern that some “Judas Iscariot” from the South were “hellbent on becoming spoilers” and wanted to scuttle the chances of the region to produce next president.

The former governor and Senator representing Borno Central at the National Assembly made the disclosure in Abeokuta, Ogun State, while introducing Tinubu to the All Progressives Congress (APC) delegates.

According to him, the enemy of Southern Nigeria was often not the Northern Nigeria, but people from the South who he said were ever ready to play the second fiddle.

The senator also threw jabs at some presidential aspirants from Ogun State, who he said could not garner more than 10 votes, maintaining that they would end up becoming spoilers.

Shettima in his remarks urged the South West to back Tinubu to pick the ruling party ticket, saying he remains the only man that could confront the PDP’s presidential candidate, Atiku Abubakar.

The former Borno State governor also spoke on the role Tinubu played in President Muhammadu Buhari’s emergence, saying without him, Buhari wouldn’t not have picked the party’s ticket in 2015.

He said, “The enemy of Southern Nigeria is often not the Northern Nigeria, but men and women of its own stock, the Judas Iscariot of the Southern race who are ever ready to play the second fiddle.

“This is an informed gathering and I cannot talk to you about leadership, Yorubas, especially the Egba and Ijebu stock are some of the most educated people in Africa.

“I said earlier we are living in very interesting times and for those of us in the Asiwaju team, we are moved by forest of ideas and the realization that what this country needs is a unifying leader who has neither ethnic nor religious agenda and who is not bound by toxic regional solidarity and yet known for exemplary qualitative leadership. And if you look around, the contenders and the pretenders for the Presidency of this country, there is no one that the cap fits better than the gentle man seated here.”