by Richard Abu
in News
0 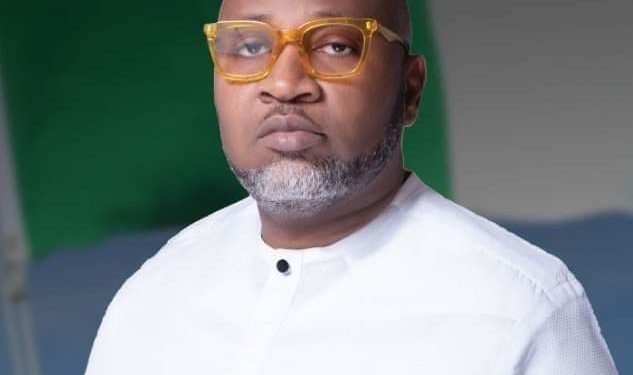 Presidential candidate of the African Democratic Congress (ADC), Mr Dumebi Kachikwu, has called on Nigerians to join his mission to rescue the country from the rot in the polity.

Kachikwu, who expressed sadness at the spate of killings across the country, said the North West and North East are at war, the North Central is not spared, while there is insecurity and recurring killing in the South East. He further said the South West is under the same heat with the recent attack on a church in Owo, Ondo State.
“As the president of Nigeria, you will have a country that works for everyone. We can’t live and die with a Nigeria where nothing works. As history beckons on us, we must accept the call and work towards a great Nigeria,” he said.

He told senior journalists in Abuja yesterday that while these killings persist, nobody cares because they are happening far off from where the powers that be, are. He observed that the killings were also taking place because there was nothing that binds Nigerians together.
Kachikwu, who is the founder of Roots Television, defeated former deputy governor of the Central Bank of Nigeria (CBN) Kingsley Moghalu and Chukwuka Monye to pick the APC ticket. He got 977 votes to Moghalu’s 589 and Monye’s 339 votes.
The ADC presidential candidate said Nigerians will do the right thing in 2023 if they knew that first, they are the ones who will be on the ballot papers in the next election and not the so-called big parties and their candidates.

He said if the citizens have this mindset, they would not allow the wrong thing and wrong people to continue.
According to him, in advanced democratic climes, the emergence of the candidates of the big parties would have been seen as an embarrassment, but lamented that “it is not so in Nigeria. The media must therefore rise to change this negative narration.”

He said, “I am running a rescue mission race. My ambition will be doomed without the support of the media. The citizens of this country and the media should join me in this rescue mission to take the country back to the right track. There is nothing that binds us together in the country and that is why we kill ourselves
“If 10 percent of media practitioners believe in the rescue mission of the ADC, there will be a robust re-orientation and revolution in the polity. It is against this backdrop that I appeal to Nigerians and the media to give us the chance to run and win the race and Nigeria will be better for it. Tell the people that there is a change agent and a tiger in the presidential race, who can and will make things happen.

While reviewing his victory at the ADC presidential primaries, Kachikwu said he went to the ADC to be a part of the democratic process, stressing that he could have joined parties where he would become the sole presidential candidate.
Kachikwu said he went to the party’s primaries with a conviction to win and to go back to his business if he lost. “From the early stages of the primaries and the mood, I took my laptop to prepare a letter conceding defeat and to support whoever won the ticket. But, over time, the tide changed and the delegates were nodding and impressing upon me that I can will.

“At this point, I dropped my laptop and joined the emerging euphoria. Before the primaries, I engaged the delegates and told them what I will do for Nigeria as the country’s president. It was not money that I offered them. Sadly, the same people, who gave money and lost, resorted to defaming me and desecrating the process that produced me as the ADC standard bearer. I reached out to the losers so that we could move on but they ignored my gesture,” he said.