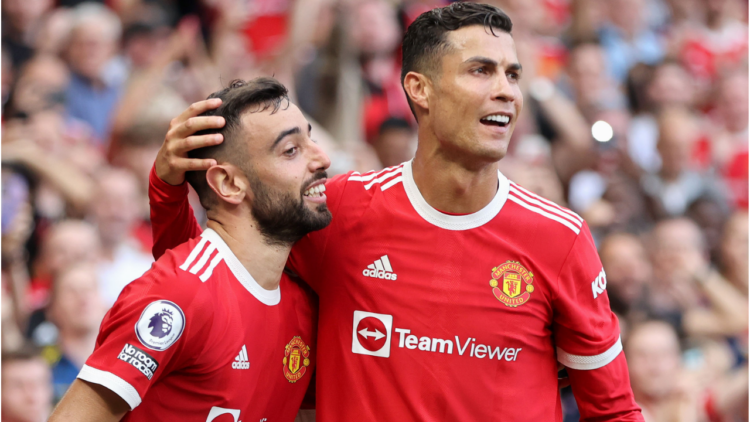 Manchester United midfielder, Bruno Fernandes, has said that he won’t “pick a side” after teammate, Cristiano Ronaldo’s messy departure from Old Trafford.

Ronaldo and United have agreed a “mutual” termination of his contract after he made a number of critical remarks about the club in an interview with Piers Morgan, including saying he did not respect manager Erik ten Hag.

Fernandes is part of the Portugal squad at the ongoing 2022 World Cup in Qatar along with Ronaldo but said he has no ill-feeling towards the 37-year-old despite his explosive comments.

“I don’t feel uncomfortable, and I don’t have to pick a side,” Fernandes told a news conference on Wednesday.

Fernandes was asked to explain a video that appeared online in the days after Ronaldo’s interview which appeared to show an awkward exchange between the pair. It led to speculation that the interview had not gone down well in the United dressing room, but Fernandes said that was not the case.

“I was on a plane for two hours so I was not in the same mood and he made a joke,” Fernandes said.

“He has his plane, he has this possibility and I wasn’t able to join him. When we have that possibility there are delays and such things. He could laugh, I couldn’t.

“We know these issues can affect individual players but Cristiano could have been worried at a specific moment but we know what the World Cup means for Cristiano. I’m sure his focus has always been there,” he said.

Following the news on Tuesday that Ronaldo would be leaving United with immediate effect, club owners, the Glazer family, revealed they were open to selling the club they have owned since 2005.

Fernandes, however, says the uncertainty at Old Trafford will not affect his focus on the World Cup, where Portugal begin with a game against Ghana on Thursday.

“I am not in the least worried about the club’s future or the club’s decisions,” he said, adding that, “My focus is here, at the World Cup, and I want to do my best to represent my country.”