IAWPA Warns Members Against Illegal Use Of UN Logos 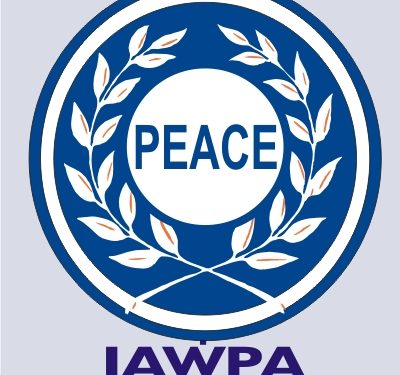 The International Association of World Peace Advocates IAWPA has earned it’s members against Illegal and indiscriminate use of the United Nations logos. The organization through a press statement signed by its International Spokesman Amb. Dr. Emmanuel Nkweke said any member who flouts this directive will be sanctioned by the organization. The association also said it is suspending issuing it’s customised number plates as a result of the security situation in the country.

“It has come to the knowledge of our organisation that some members are using the United Nations logo without appropriate description on it usage and sometimes on other platforms. This negates the conditions upon which the world body gave to our esteemed organization while granting our application for ECOSOC SPECIAL CONSULTATIVE STATUS which we got since 2019. As much as we will continue to observe UN programmes as well as promote it’s activities for the benefit of humanity for world peace. We will continue to frown at indiscriminate use of the logo of the UN by our members. Conferring Eminent Peace Ambassadorial position on our members does not imply that they are members of the UN rather it is an award to promote and support the United Nations to achieve peace in the world. To be forewarned is to be forearmed” the statement added.

On the issue of its customised number plates, the association called on it’s members to temporarily suspend the use of its number plates as a result of the security situation in the country.

“We are suspending issuing our customised number plates due to the security situation in the country. We are thinking of making it reflect our association only because the UN has also appealed to affiliate bodies to also work with security agencies inorder not to expose their members to those perpetrating violent activities in the country”.