by Jonathan Nda-Isaiah and Abu Nmodu
in Cover Stories, News
0 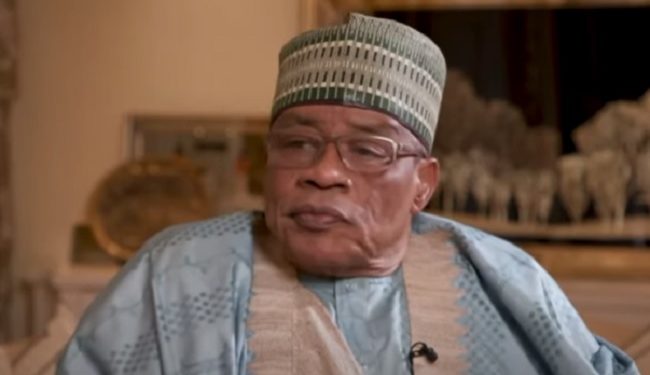 He said unity among Nigerians was imperative because in any crisis, no bullets recognises ethnicity and religion.

Babangida said if confronted with the current challenges at his age he would not be able to do impossible things as in the past.

The former military president told journalists in Minna, the state capital, yesterday preparatory to his 81st birthday today, that faith and his absolute belief in Nigeria was his greatest strength to reach where he is.

Asked on what he would have done differently to end current security challenges in the country, Babangida said, “Don’t forget I did this differently some 50 years ago, what I did 55 years ago, I cannot do it now, because I am 81.

“So, I will do a lot of things differently, I will appreciate the fact that when I was a young man, I was strong, I can push other young men to do the impossible but I cannot do it now at 81,” he. stated

On what kept him strong to confront challenges in the past, he replied, “Faith, once you have faith you can overcome, in my military school, I use to tell my students as a teacher that a bullet has no mark on it, it is not for anybody, believe in unity of the country, that was what we kept teaching the children.”

He stated that he learnt from his parents “patience and to respect every person as a human being, that is what my father told me when I was growing up, that whatever happens if you are patient, it will come and it will pass, whatever happened to you today has happened to others even worse than what you went through and others will come and go through same. So, if you develop patience, there will be no problem at all.”

Babangida said that his advice to Nigerians is for them to be patient and show understanding, stressing that with perseverance the current security challenges will be over.

He also urged the media to continue to do the good job well, saying that “with this effort you can change the psyche of ordinary Nigeria”

He however advised that those who preach hate and disunity should be ignored by the media and focus on building a cohesive nation.

According to a statement issued by his spokesman, Femi Adesina, the president joined the family, friends and associates of the former leader to celebrate another year, heralded by God’s benevolence and mercies.

Buhari noted the historical role of Babangida in shaping the political and economic development of the country and his counsels to upcoming political leaders.