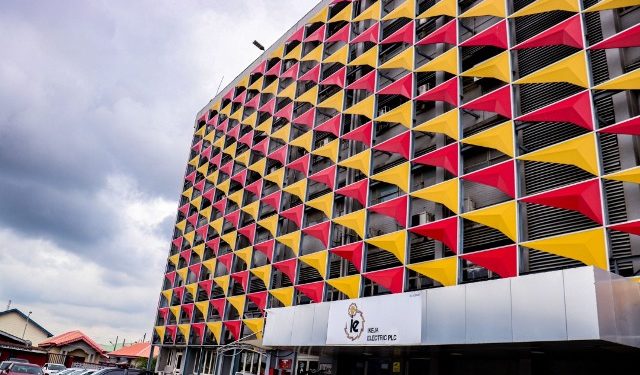 The initiative is in line with the Nigerian Electricity Regulation Commission goal of ensuring there is reliable and steady power supply across communities in the country through partnerships between Distribution Companies(Discos) and Independent Power generators.

The agreement, which was signed on Wednesday, will rely on the Interconnected Mini-grid Initiative of the power sector to provide the customers with uninterrupted power supply.

Speaking during the signing of the agreements, the chief finance officer of Ikeja Electric, Seqinah Adewunmi who represented the chief executive officer, Folake Soetan, stated that, the initiative is a landmark in the history of the power sector in Lagos as those communities will be the first to experience uninterrupted power supply in the state via a blend of grid and off-grid generation and distribution of power.

According to her, it will demonstrate the possibility that our customers can enjoy 24hours power supply which is in line with the core mission of the Ikeja Electric to be the provider of choice wherever power is consumed.

She congratulated everyone that has been part of the process, revealing that the initiative will transform the ways in which electricity is being distributed in Nigeria. She further stated that this initiative will set the pace for bigger things to happen as the plan is to expand to other communities within the Ikeja Electric Franchise area.

In his remark, the managing director of Enaro Energy, Oluwaseun Smith, expressed his appreciation that the project was finally coming to fruition.

He added that the journey began about two and half years ago and was glad that all the efforts towards ensuring the signing of the contract was worth it. He stated that Enaro Energy is committed to providing necessary resources to ensure the success of the project.

Speaking on behalf of the communities, Baba Agba Lawrence said that, despite initial doubts at the early stages of discussion for this project, they have been impressed by the level of commitment expressed by Ikeja Electric and Enaro Energy.

He acknowledged and appreciated the collaboration between Ikeja Electric and Enaro with a final phrase.

He pleaded that the three months agreement for the project to go live should be maintained since they have shared the information with members of the communities, and they are eagerly waiting to seethe project kick-start.

The chief Marketing and Strategy officer of Ikeja Electric, Ugochukwu Obi-Chukwu, in his comments, stated that, with the signing of the agreement, Ikeja Electric and Enaro Energy will commence work in earnest.

He mentioned that Ikeja Electric’s technical team will work with their counterparts in Enaro Energy to ensure that the power generators connect seamlessly with Ikeja Electric’s network infrastructure leading to the goal of 24-hour power supply.

Ikeja Electric and Enaro Energy have targeted December 2022 as target go-live date for the initiative.