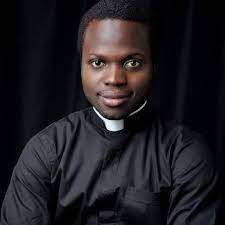 At the Church Life Africa (CLA) Summer Conference, Catholic Youths were taught to live out their faith in the world through the marriage of theology and literature.

In his presentation African Literature and the Christian Imagination, Fr William Orbih highlighted the place of stories as the foundation of both literature and Christianity. African literature, he said, revolves around two themes -protests and resistance, whereas literature inspired by Christian imagination are generally focused on good vs evil, with the good triumphing over the evil.

“Stories inspired by Christian imagination that centers around stories about Jesus, Christians living and acting throughout history beginning from Pentecost Day including the present times. Instances of such works include Tolkien’s Lord of the Rings, Dostoyevsky’s Brothers Karamakov, Chimamanda Adichie’s Purple Hibiscus, Wole Soyinka’s Trials of Brother Jero among others,” said Fr Orbih.

However, youths were cautioned to beware of some supposed literature and works of art, particularly gospel songs that seem to be inspired by Christian imagination but on closer observation are anti-Christian.

“Some of these gospel songs promote the narrative that a Christian suffers awhile then is suddenly rich without showing what they did, how long they did it to become wealthy to gain material possessions like cars, homes etc. These songs normalize the narrative that the Christian often seeks other alternatives before turning to God for help. They also indicate that Christians only serve God for what they can profit from Him, and that if He doesn’t bless us, we seek other means. That’s the prosperity gospel syndrome,” said Fr Joachim Ozonze.

Fr Ozonze also addressed a viral video of a pastor’s preaching that urged his congregation not to associate with those of lower class if they wish to progress. “This is anti-Christian, and against Jesus exemplary action as the son of God who came down from heaven to live a humble life on earth, and related with poor and different society of Jewish society of his times.”

He urged Christians that as they apply theology to literature and popular culture, they should “approach everything probing what shaped them – Christian imagination or something else.”

Meanwhile, Fr Paulinus Odozor has commended the recent trend of Catholic formation schools that enable lay faithful take up theological studies alongside seminarians. The Professor at Notre Dame University, US, said rather than a disadvantage, it should be viewed as a symbiotic relationship where both can learn from one another. He looks forward to advocating Theological scholarship spots for lay Catholics at the Notre Dame University, where such existing slots were limited to priests.

The CLA Summer Conference held August 4 -6, convened over a hundred Catholic youths and is centered around the reimagination of the Church as a means to grow quality Catholics to contribute to the reimagination of the Catholic church in present times. Conveners of the conference are Frs. Ken Amadi, William Orbih and Joachim Ozonze, in collaboration with Gaudium et Spes Institute, and supported by De Nicola Center (US) and Notre Dame University, Indiana, US.