IGP Warns Police Attached To VIPs Against Harassment Of Nigerians 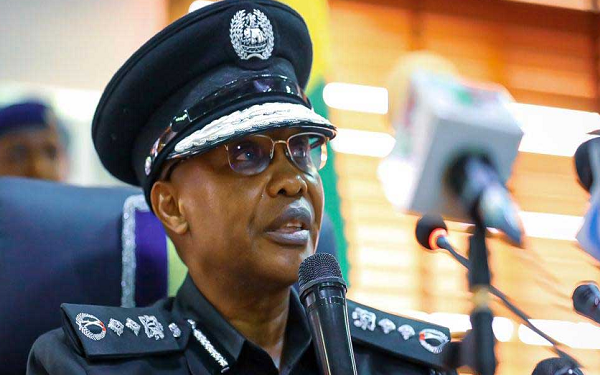 The IGP also charged them to carry out their duties with utmost professionalism, respect for fundamental rights, rule of law, and civility to members of the public in line with the code of conduct for police officers.

The IGP condemned the reported harassment and demeaning posture of some of these officers while on duty with their VIPs.
Force public relations officer, CSP Olumuyiwa Adejobi, in a statement he issued last night, said the IGP made the call while addressing officers and men of the Ekiti State police command at the command headquarters, Ado Ekiti on in readiness for the Ekiti State governorship election scheduled to hold on Saturday.

The IGP equally said that though it is a statutory duty of the police force to provide aides and escorts for VIPs, such duty must not degenerate to abuse as a result of high-handedness of Police officers who have proven to be non-amenable to discipline.

The police boss warned that every allegation of unprofessionalism and harassment by VIP aides would be properly investigated and if found wanting, adequate and commensurate sanctions will follow.

In the same vein, the IGP encouraged officers and men who have been detailed for election duty in Ekiti State to put in their best to provide adequate security, at all levels, for all and sundry before, during and after the Gubernatorial Election in the state with a view to having a free, fair, credible and acceptable election.

Similarly, the IGP said his administration is continually committed to bequeathing the nation with a citizen and community oriented Police Force which will not be used as a tool of oppression, suppression and subjugation by any individual.