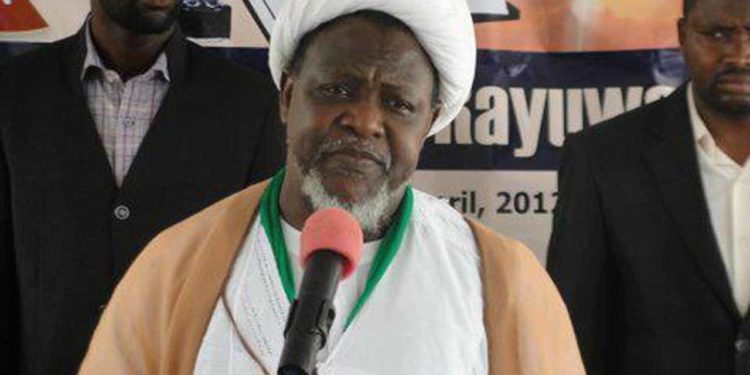 The Islamic Movement in Nigeria (IMN) also known as Shiite group has vowed to continue to fight against all forms of injustice in the country.

One of the disciples of Sheikh Ibraheem el-Zakzaky who is the leader of the IMN, Abdulhamid Bello stated this yesterday while speaking to newsmen in Zaria at the commemoration of the eight years of the killing of 34 of their members during the Qudus Day procession in Zaria.

On 24th of July, 2014 there was a clash between members of the Shiite group and the Nigeria Army where three of the sons of Sheikh El-Zakzaky and 31 others including an Igbo man were allegedly killed by the army.

According to him, the army said, they were blocking the road during their peaceful possession and for no just cause opened fire on them and in the process killed 34 of their members and injured several others.

“Today, we are remembering those that were killed in that unwarranted attack including 3 biological sons of our leader, Sheikh el-Zakzaky, and we are using this medium to send message to the oppressors that those who have carried out such attack and injustice will not go unpunished.”

“The government of Kaduna State even admitted carrying out burial in a mass grave of over 370 of our members who were killed in 2015, you can imagine such manner of injustice, so that is what we are fighting and we will not relent until justice is achieved. Our goal is to achieve mass revolution against injustice,” he stressed.

Some of the survivors of the 2014 Qudus Day killing who sustained several bullet shots on their legs recounted their ordeals which they described as unforgettable.

Mojaid Umar Musa and Yahusa Ibrahim who said they had to undergo operations to remove bullets shot on their legs said, there was no provocation whatsoever from them during the peaceful procession, but the army thought otherwise and opened fire at them, adding that “ 33 of our members who were part of the procession including three biological children of our leader was killed on that faithful day and one Igbo man known as Julius Onwaiwu was also killed for challenging the army for the unwarranted killing on that day.”

In the same vein, Hajiya Madina Jibril said, her husband was among those arrested on that faithful day of the killings when they went to recover the corpses of those killed, a situation she described as traumatic for her, adding that she always has a very bad day each time she remembered how their members were gruesomely killed on that day.