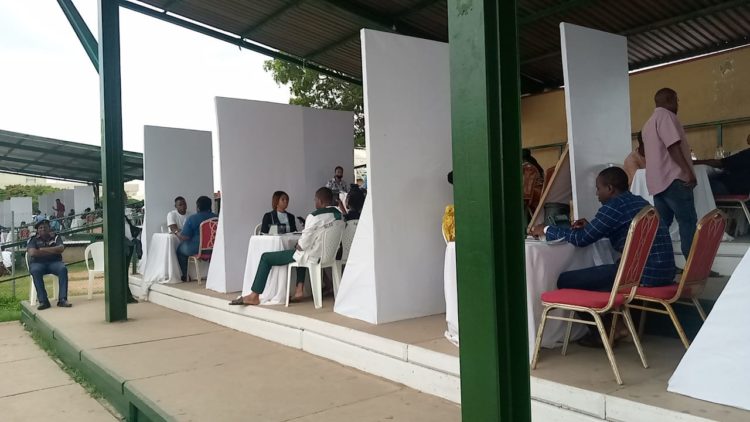 The chairman, House of Representatives committee on Electoral Matters, Hon Aishatu Dukku, stated this yesterday while briefing her colleagues on the committee’s efforts to ensure implementation of the resolution of the House.

She said INEC’s decision to extend the CVR was the outcome of the committee’s meeting with INEC chairman, Prof Mahmood Yakubu, and his team on Tuesday in which the commission agreed to comply with all the terms of the resolution reached by the House last week.

“The Committee held a meeting with INEC yesterday and they agreed to extend the CVR, all our resolutions were approved,” she said.

The House of Representatives had last Wednesday urged INEC to extend the deadline for the continuous voter registration by an extra 60 days from June 30, 2022, to enable Nigerians to register.

The House also called on the commission to deploy additional staff and voter registration machines across the country to meet the objective.

The chairman, House committee on Media and Publicity, Benjamin Kalu, noted in a motion that the ongoing CVR by INEC is scheduled to end on June 30, 2022, ahead of the 2023 general election.

But briefing journalists shortly after the plenary, Dukku retracted her earlier position as she said INEC would have to determine the duration of attention.

She said, “The chairman of INEC, Prof Mahmoud Yakubu, and many commissioners came to answer the call of the House. We presented the resolution of the House to them. These resolutions include that INEC should extend the registration of all Nigerians above the age of 18 years who want to be registered to get their PVCs for at least two months – that is 60-days. And that INEC should increase the number of machines deployed to make the registration faster.

“That was communicated and was discussed at length, but in his response, the INEC chairman said that registration of voters is one aspect and that there are other milestone schedules which include printing of the voter cards, distribution of the cards and the display of registered voters in all the 774 local governments. And so, he said it would not be possible for INEC to extend for the 60-days, but that they will go back and look at their timelines and see how best they can be able to make it to Increase the days for registration,” she said.

But the Unified Nigerian Youth Forum (UNYF) yesterday rejected the extension of the Continuous Voters Registration (CVR) and validation for additional 60 days by INEC, saying such extension is not enough to get all Nigerians at voting age to register.

It urged INEC to reconsider extending the registration and validation exercise to cover significant numbers of those who are willing but un-able to get their Permanent Voters Cards (PVCs) till date.

The forum noted that many people were unable to get registered as a result of long queues, corrupt process, lack of availability of enough centres, favourism and late report to duty post by most INEC officials.

In a statement by its president, Abdulsalam Kazeem, UNYF said over 7.7 million of the forum’s members who will attain the  age of 18 by September 3 and September 25, 2022 will be automatically disenfranchised if INEC does not rescind the new deadline.

The forum stated: “Our Forum (UNYF) alone for instance has over 10 million registered/financial members cut across the nation, which has further proven that Unified Nigerian Youth Forum members constitute a significant percentage of all previous periodic election held in our respected country and our position to call for extension beyond the new 60 days is for the interest of all and sundry.

“Going by Independent National Electoral Commission (INEC) proposal the registration will stop by August ending. To us this shows that many eligible Nigerians will be deliberately disenfranchised and our members inclusive. It’s unconstitutional, shameful, unacceptable, illegal and outdated for INEC to propose closing her portal 5 months to the general elections in this 21st century where technology is the new order of the day.

“As one of the developing nations, for instance, expectedly we should go the way of international standards and best practices. There’s nothing wrong for the registration to stop a week or few days before the general elections, but we are aware that we are not ready for such due to certain factors associated with electoral processes in our nation. Nevertheless the budgetary allocation of INEC is enough reason for all stakeholders to demand for the best in the above regards.

“Independent National Electoral Commission’s attempt to close the Continuous Voters Registration and Validation exercise by September ending calls for serious concern. The amount allotted for elections periodically and the support they enjoyed has further exposed the commission’s lack of determination to give our nation the best. For instance, over 150 billion is budgeted for 2023 and the said exercise is part of the budget approved for INEC.

“So the commission should urgently embark on the expansion of its voters Registration and validation infrastructure to serve the teeming visible numbers of Nigeria who are patriotic and willing to exercise their civil duties in 2023 rather than trying to deliberately disenfranchise them by man-made factors.”