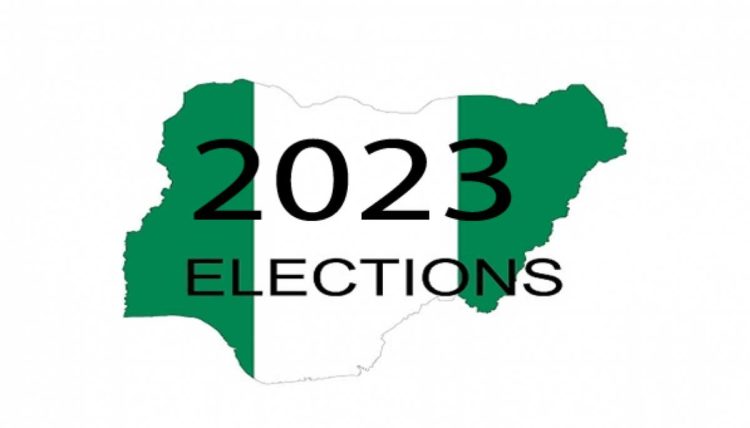 The Centre for Democracy and Development (CDD) has said that the rising insecurity, misinformation, money politics, religion, and ethnic diversion may frustrate the outcome of the 2023 election.

In a new report released in Abuja, titled: “Nigeria’s presidential polls: A SWOT analysis,” CDD raised concerns over the safety of election personnel, voters and material, as well as the hurdles politics would face as cases of kidnapping, violence, banditry, insurgency and communal clashes persist.

The report endorsed by the CDD’s director, Idayat Hassan, noted that the 2023 general election is a significant logistical operation.

CDD said there are worries about reaching the 176,846 polling units, which would require the recruitment and training of close to 1.5 million poll and security officials. This is about four times the size of the Nigerian military.

She said the credibility of the coming election was high on the backdrop of the newly passed electoral law, adding that the act provided prospects that could redefine election in Nigeria.

“With campaigns due in the coming week, CDD stated that insecurity would be a factor in the political calculations for the leading candidates as they traverse the country, noting that in the northwest, the development would have an impact on the performance of the All Progressives Congress (APC) candidate, Tinubu.

“At the same time, the secessionist agitations in the southeast could reduce turnout, which may not favour either the Labour Party flag bearer Peter Obi or People’s Democratic Party candidate Abubakar Atiku.

“Religion is likely to feature prominently in debates following the APC’s decision to run a Muslim-Muslim ticket. Renewed youth engagement in politics, a feature of the voter registration period, could also be transformative and favour Obi.

“Money will continue to play a huge role in determining who emerges the winner if the presidential primaries and recent gubernatorial elections offer any lesson. Finally, online campaigns will be more fiercely fought than ever, with attacks aimed at boosting candidates, attacking opponents and undermining INEC likely to be accentuated in social media in the run-up to, during and even after voting,” the report noted in part,” CDD said adding that citizens’ access to electoral infrastructure would remain constant throughout the campaign and during the voting period, especially for those displaced internally by conflict.

Recall that INEC chairman, Prof Mahmood Yakubu, is the first INEC head to be appointed for a second term in the country’s history; the new report heightened the impact of the replacement of 19 Resident Electoral Commissioners at the Commission, noting the challenging lack of persons with integrity in power will impact the elections; however, CDD stressed that the 2022 Electoral Act may have introduced several changes that would continue to improve the credibility of elections.

The report also noted that cases of inconclusive election would be drastically reduced in 2023 as the new electoral act now defines overvoting in terms of accredited voters as against registered voters, adding that INEC would also be able to, according to the new act, review results signed under financial inducement or duress.

“If INEC judiciously applied technology, which it had pushed for and granted through the new electoral act, the report noted that the transparency of the election could be improved, adding that the poll’s credibility would also depend on the degree to which citizens could vote freely and unencumbered.

“Insecurity remains a critical issue, particularly in the northwest and southeast. Further challenging this operation are the prevailing structural, infrastructural, and cultural ecosystems in which the polls will take place.

“Prompt release of the entire INEC budget could help mitigate some of these. Finally, the role played by the security agencies, and subsequently by the judiciary, may be as crucial in determining the credibility of the election as that of the election management body.

“Nigeria is currently facing an epidemic of insecurity. The violence led by bandits, terrorists and secessionists has been recorded across its six geo-political zones, further dividing the country along ethnic, religious and political lines. Holding credible polls in this context that guarantees the security of voters and INEC personnel will be a major challenge. The ability of INEC to conduct continuous voter registration has already been questioned as insecurity has prevented the Commission from deploying to all wards across all electoral districts,” the report added.