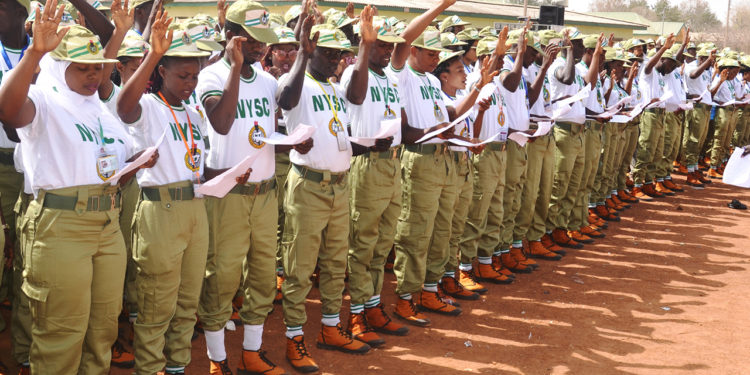 Following the rising spate of insecurity in the country, the National Youth Service Corps (NYSC) has called on the Nigerian Army to deploy additional security personnel across orientation camps in the country.

The chairman, NYSC governing board, Ambassador Fatima Abubakar made the call when she led a delegation of the scheme on a courtesy visit to the Chief of Army Staff, Lt Gen Farouk Yahaya, yesterday.

Abubakar also appreciated the army for making NYSC a great organisation. “I want to also plead for more support in terms of provision of additional security to our Orientation Camps across the Country.

“Sir, we are not unaware of the security situation in the Country and the many areas that require the attention of the Nigerian Army. However, we have come to you for more support, bearing in mind that the NYSC is the baby of the Nigerian Army,” she stated.

Abubakar said the NYSC has orientation camps which houses a minimum of 1,500 Corps members in all the states of the federation, and given the incidences of insecurity in the country, the board management was concerned about the safety of the young men and women under their care.

“We therefore plead for additional personnel in all our Orientation camps across the Country. We will really appreciate your kind assistance in this regard sir,” she added.

Responding, Yahaya said the army will continue to take the security of NYSC camps very important, saying that it is willing to build interaction with the corps for smooth running of the scheme.