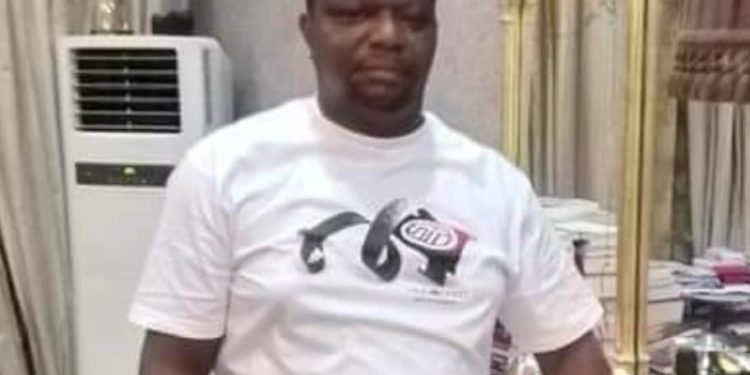 Iloka was suspended following public outcry over the circumstances leading to his wife’s death on Sunday, August 7, 2022.

Iloka’s late wife, Mrs Chidiebere Iloka, was said to have slumped and died on Sunday morning, after serving her husband breakfast. But those who know the couple insisted that Iloka may have killed his wife, as he has a record of consistently battering her. 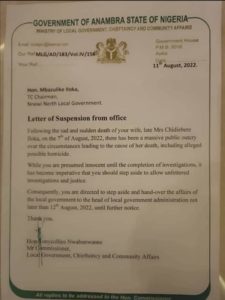 LEADERSHIP gathered that there were tell tale signs of violence found on her body, while a huge wound on her head aroused suspicion, leading to public outcry over her death.

In a letter of suspension signed by State Commissioner for Local Government, Chieftaincy and Community Affairs, Hon. Tonycollins Nwabunwanne, the Nnewi North Transition Committee chairman was asked to step aside and hand over to the head of Local Government Administration, to avoid interfering in investigation.

The letter reads: “Following the sad news of the death of your wife, late Mrs Chidiebere Iloka on 7th August 2022, there has been a massive outcry over the circumstances leading to her death, including alleged possible homicide.

“While you are presumed innocent until the completion of investigations, it has become imperative that you step aside to allow unfettered investigation and justice.

“Consequently, you are directed to step aside and to hand over the affairs of the local government to the head of local government administration, not later that 12th August 2022, until further notice.”

Iloka was only recently appointed interim chairman of the local government and has only been in office for about a week before his sudden and indefinite suspension from office.