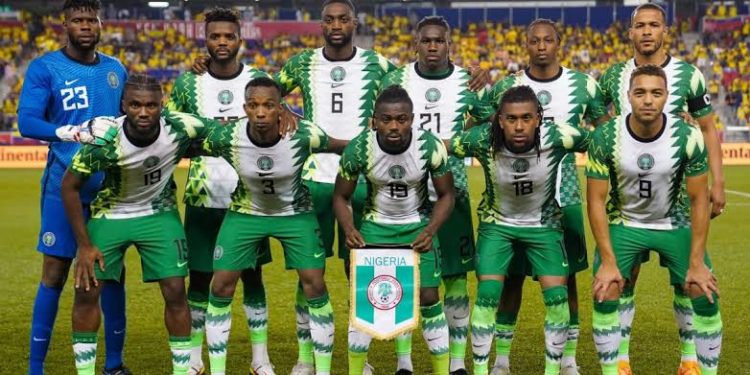 Saviour Godwin has expressed his delight after making his debut for the Super Eagles in their 2-2 draw against Algeria’s B team in a test game on Friday.

Godwin came off the bench to earn his first-ever appearance as goals from Alex Iwobi and Cyriel Dessers earned the Eagles a draw against the 2022 CHAN-bound Side.

And speaking after the game, Godwin said in an interview published on NFF TV:”It was really amazing for me to play my first game for the Super Eagles I feel really excited. We had a test game this is good for everyone to get to know each other and get ourselves better.

“It was really an amazing outing for me and collectively as a team I feel this is a very good test game for us.

And looking forward to the international friendly against the Algerian A team on Tuesday, Godwin backed the Super Eagles to emerge victorious.

“Algeria is a big team, one of the finest in Africa and of course when we go into the pitch we want to win and I think it will be a really good game for us and we are surely going to win.”