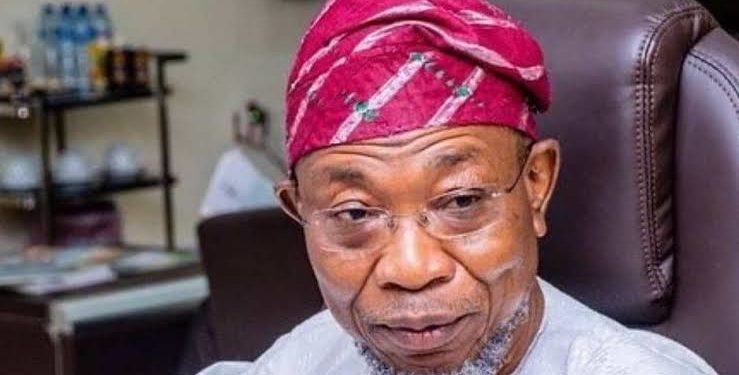 Just when many Nigerians thought they had heard the last version of the attack on the Kuje Medium Correctional Centre where 64 high-profile terrorists and more than 260 other hardened criminals were set free, fresh and startling revelations have emerged showing the role security agencies played in the invasion.

A private investigator has revealed that military personnel, police and other security operatives on guard duty during the attack on Kuje prison did not lift a finger to defend the facility.

According to the security source, none of the personnel fired a bullet throughout the operation, and apart from the Civil Defence officer who was killed for trying to fight the invaders, the terrorists did not aim any attack against both the military personnel or their armoured vehicle in the prison premises.

He also revealed that the four persons killed that night were fleeing inmates shot dead by soldiers at checkpoints after the attack.

LEADERSHIP Weekend also learnt that ‘awaiting trial’ inmates who are confident of getting justice in the course of their prosecution stayed put after possibly weighing the options of a stiffer punishment.  Also, inmates with less than six months and one year to complete their jail terms did not escape from the facility despite having the opportunity.

It was also gathered from a reliable source within the nation’s security circles that a few of the inmates who fall into this category had initially grabbed the opportunity to escape but returned on their own volition.

However, the source, a secret investigator, revealed that the only casualty, a Civil Defence officer stationed at the front gate, was apparently not carried along and made for his gun to fight the invaders, for which he was killed.

According to the source who pleaded anonymity, “From my investigation, the only person that was killed during the three-hour attack was a Civil Defence officer. In fact, he did not know what was going on, so he attempted to fight, and so paid the supreme price.

“I can categorically tell you that the four corpses (inmates reported dead) that were on the ground were brought in dead in a Black Maria bus. They were killed by security operatives who accosted them at military checkpoints and bushes when they resisted arrest. Many of the recaptured inmates actually had their thighs riddled with bullets.

‘’The attackers entered the facility through the bush. Interestingly, that was the same spot the military armoured tanker was stationed, but guess what: they met no resistance, and shockingly they did not tamper (I mean destroy) with any part of the armoured tanker. These same guys (terrorists) now went ahead to burn down several vehicles parked just 10 metres away from the military tanker.  Ordinarily, since the area manned by the army officers, who were deployed 12 hours before the attack, was their first port of call, before the civil defence officers, some soldiers and terrorists should have been gunned down.

The source, who insisted that no shot was fired by the personnel of the military, DSS, Police, the Immigration or Prisons Armed Squad, revealed that all the bullet shells picked up from the grounds of Kuje prison belonged to the terrorists.

He said it is indeed a thing of concern that the military disappeared during the attack and only returned after the operation was ended.

“I tell you, none of them (security personnel) had even a scratch. The attackers passed them but none was gunned down. It’s really worrisome.”

LEADERSHIP Weekend recalls that Senate president Ahmad Lawan had blamed insider complicity for the attack and called for thorough investigations when he visited the facility.

Reports that the military contingent to the custodial facility was replaced barely 12 hours to the time of the attack has helped to raise more suspicion of connivance.

Strange Things Happened That I Can’t Say In Public – Aregbesola

Shockingly, and as if to validate the revelations by the private investigator mentioned above, the minister of Interior, Rauf Aregbesola, said certain occurrences pertaining to the Kuje prison attack that he was not ready to disclose in public.

The minister, who made this comment when he led a team from the ministry of Interior on an inspection visit to the custodial centre described Kuje as a world class facility by any standard and the most fortified in the country.

He confirmed that strange things happened during the invasion which he could not say in public.

He said, “Kuje is the most fortified in the country if fortification for security is the determinant of whether it is (a) medium or maximum (security prison).  We have a platoon of security officers deployed here. We have high grade military and police and other security forces deployed for protection but strangely something happened most of which I cannot say on camera.”

The minister further reiterated his earlier declaration of all custodial centres across the country as red zones, stating that whoever attempts to breach them would not live to tell the story.

In a public notice released on Friday, entitled “Wanted” by the NCoS authorities, it declared 69 inmates with terrorism cases wanted, asking the public to provide useful information which may lead to their recapture.

The notice also contains the photographs, names and other relevant details about the 69 fugitives.

The document reads in part: “The following are faces and names of inmates with Boko Haram/Terrorism Cases who escaped from Kuje Correctional Centre during the jail attack on 5th July, 2022.

The NCoS also provided its official website, www.corrections.gov.ng/escapees, where all the escapees from the Kuje facility can be viewed.

A retired director of the Department of State Services (DSS), Mike Ejiofor said enough intelligence was provided to all actionable agencies before the attack but nothing was done to forestall it.

He said on April 26, 2022, the DSS alerted the nation about plans of renewed bomb attacks on critical government infrastructure and public places, just as the agency had also alerted the public on March 19 about planned violence in North central.

Also, highly placed security sources said intelligence on planned attack in FCT and on Kuje prison was given to the agencies in sequence up until June 4, 2022, a day before the suspected terrorists attacked and freed inmates from the correctional facility, but nothing was done to stop them.

Speaking exclusively to LEADERSHIP Weekend yesterday, Ejiofor said he believes the agencies were not able to act because they were not properly equipped to do that.

He said at the level of interagency relationship, “if the SSS offers intelligence to a particular agency, the SSS must back it up with implementation strategies.”

Ejiofor, who is also a lawyer, argued that sometimes budget provisions meant for necessary security provisions are not implemented and the members of the National Assembly that should carry out oversight functions are, sometimes, guilty of corruption and this goes a long way to affect the output of security agencies.

He said that the attack was aimed at destabilising the country and making the government unpopular among the citizens but that they will not succeed.

The ex-DSS director further said it was worrisome how these terrorists came into the community without any detection and executed an attack of that magnitude.

“It is the rat that is inside the house that will go out to tell the ones outside that there is food inside the house because as you are planning your operations, they are leaking the strategies. So, there is compromise, no doubt.”

Meanwhile, the federal government has said terrorists who attacked the Correctional Centre, Kuje in the Federal Capital Territory (FCT) succeeded because that they had superior fire power than the security personnel guarding the prison.

Minister of Police Affairs, Mohammed Dingyadi, disclosed this to State House Correspondents after the National Security Council meeting presided over by President Muhammadu Buhari at the Presidential Villa, Abuja.

He said the security personnel deployed to the facility did their best to repel the attack but were subdued by the superior weaponry and numbers of the terrorists.

The minister revealed that some of the assailants were killed.

Asked why the terrorists could not be stopped, he said: “You see, these kinds of things, they happen and I want to assure you all those who were supposed to play a role in ensuring that the attack was neutralised did the best that they could to neutralise it.

He, however, assured that investigation into the incident would reveal the details of what happened.

On the outcome of the security meeting, the minister said President Buhari had directed that they hold today’s Security Council meeting to review the situation of security in the country particularly as it relates to insecurity issues that have happened in the last few weeks.

“Mr. President was deeply concerned about these developments. And he initiated this meeting to enable security agencies, the service chiefs, inspector general of police to brief the council on what actually happened and the way forward.

“We had a very successful meeting and the council has agreed to take proactive measures that will ensure that repeat of what happened these few days would not be witnessed anymore.”

Dinyadi assured Nigerians that arrangements had been made to ensure that full investigations are carried out to ensure that a repeat of these incidents will not occur.

The service chiefs have been given very clear directives to ensure that adequate measures are taken not only to investigate what happened, but also to take steps to forestall the reoccurrence of such incidents.

He called on Nigerians to continue to support the federal government in its effort to restore normalcy to the country.

National leader and presidential candidate of the All Progressives Congress (APC), Bola Ahmed Tinubu, has condemned Tuesday’s terrorists attack on the Medium Security Custodial Centre in Kuje, calling for full scale investigation of the incident, with a view to unravelling a possible failure to act on intelligence.

In a statement issued yesterday by his spokesman, Tunde Rahman, the APC presidential candidate described the incessant terror attacks plaguing the country as worrisome, even as he urged Nigerians to remain vigilant and united behind constituted authorities.

He said, “These incessant attacks on government’s institutions and innocent citizens is a sad reminder that we still have a lot to do to put these evil forces in check.

“I totally condemn this dastardly attack. The government must immediately go after the attackers and fleeing inmates of this facility. This moment calls for national unity and deep introspection.”

He called for continued support to the President Muhammadu Buhari administration in its battle against insurgents and its determination to confront these agents of darkness, just as he commiserated with the families and relations of those who lost their lives in the attack.