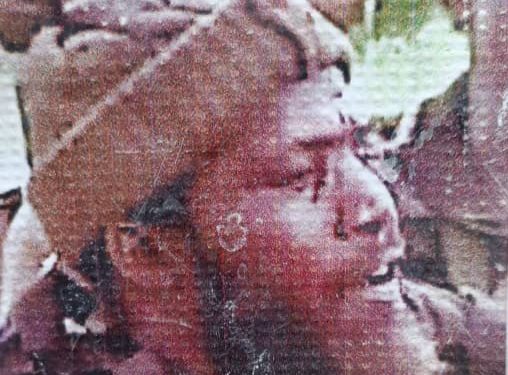 The violent rivalry clash between the Islamic State of West African Province (ISWAP) and the Jamā’at Ahl as-Sunnah lid-Da’wah wa’l-Jihād, has led to the killing of a notorious commander by the name Ummate Ma, and scores of his fighters.

It was gathered that Ummate Ma  also known as Muhamma who was in the position of Khayd (Governor) and his fighters, were killed on June 1, when ISWAP terrorists staged ambush against a convoy of the Commander on Mandara Mountain in the axis of Gwoza local government area of Borno State on their way to Cameroon.

According to an intelligence report obtained by Zagazola Makama, a Counter Insurgency and Security Analyst in the Lake Chad, from top military sources, which was made available  to our correspondent, the ambush triggered two-hour of fierce gunbattle between the terror groups which resulted in the killing of scores of Boko Haram fighters.

The sources said, “The ISWAP terrorists who dispatched from the axis of Cinana Gwoshe, Barawa and Agaba villages on 7 trucks and 10 motorcycles overpowered the Boko Haram terrorists, killing scores of them and seizing their weapons, guntruck and motorcycles.”

The sources added that the terrorists commander was shot on the chest and several parts of his bodies.

They said the ISWAP coordinated attack was in response to the killing of a senior ISWAP Commander, Abou Sadiqou Buorubouru and several other terrorists who were ambushed by the Boko Haram in the fringes of Mandara Mountain.

The sources further said that the terrorists had earlier suspended all major attacks against the Nigerian forces and focused its confrontation on its rivals, vowing to eliminate all of them.

Ummate Ma also known as Muhamma was number 271 among the top most wanted terror kingpins list made by the Nigerian Military.

He joinned the Jamā’at Ahl as-Sunnah lid-Da’wah wa’l-Jihād faction of Boko Haram in 2009, and rose to become a Khayd (Governor), in the cabinet of Abubakar Shekau.

Little was known about the Mandara-born terror leader until he participated in the invasion of Bama town in September 2014, where hundreds of men were butchered while many were held captive after the terroritory was declared an Islamic caliphate.

Ummate Ma became popular as the shadow Governor after he supervised the slaughtering of over 400 men in Bama bridge and imprisonment of about 3,000  women and killing of many men in the Bama prison.

The killing of Ummate Ma marks one of the most significant blow to the Jamā’at Ahl as-Sunnah lid-Da’wah wa’l-Jihād faction of Boko Haram by the ISWAP.

When the news of his killing broke, the entire Bama, Gwoza and Banki communities and their environs were thrown into a state of jubilation considering the way and manner Ummate Ma terrorised them.