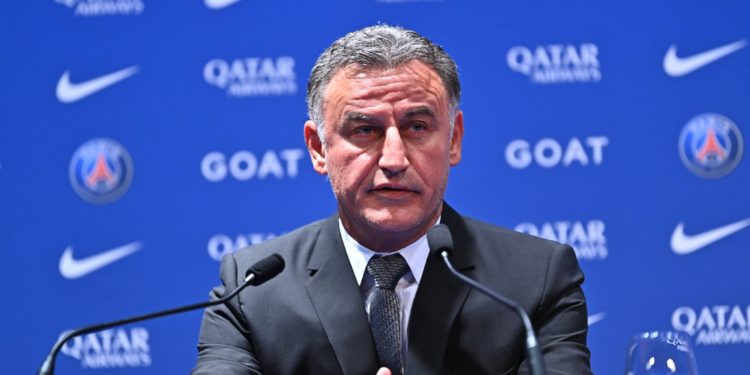 Christophe Galtier has been appointed as new PSG manager, on a 2-year contact until June 2024, as reported by Fabrizio Ramano.

The club’s official statement reads: “Paris Saint-Germain is delighted to announce that Christophe Galtier has been appointed as first team head coach.

“The Frenchman has signed a contract for two seasons until 30th June 2024.”

The appointment came moments after PSG officially relieved Pochettino of his duties as first manager of the club.

Galtier is known for his tactical expertise and player management.

The French manager has also won prestigious individual awards such as the Best Ligue 1 Manager Award at the Trophées UNFP on three occasions (2013, 2019 and 2021).

The former Nice manager in a statement showed his excitement, appreciation and his eagerness to work with the club

He said, “I am delighted to join Paris Saint-Germain, I would like to thank the chairman Nasser Al-Khelaïfi, Luis Campos and the club for their confidence in me.

“I am fully aware of the responsibilities involved to coach this extraordinary team, which is one of the most competitive and spectacular squads in Europe. I am delighted to work with all of these talented players as well as the top-level staff here at the club.

“My focus is on ambition, hard work and making the most of the team’s potential.

“I am delighted to become head coach of this team and to be on the bench at the magnificent Parc des Princes, a stadium that embodies a passion for football.”