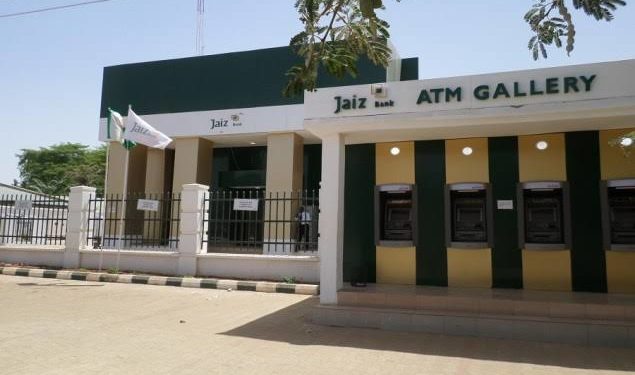 Nigeria based Islamic bank, Jaiz Bank Plc has posted a total gross earning of N6.2 billion for the year end 2021. The gross earnings improved by 32 per cent to N25.843 billion from N19.614 billion reported in the prior year, according to its 2021 operation result that was released yesterday in Abuja.

Meanwhile, shareholders of the bank have approved the payment of a 4 Kobo dividend per share for the financial year 2021.

Its financing and investment assets improved by 19 per cent from N165.995 billion to N197.529 billion, a feat the bank’s managing director, Hassan Usman said was evidence to the bank management’s ‘strong commitment to supporting our customers’ and their businesses.

Chairman of the non-profit bank, Alhaji (Dr.) Umarua Mutallab said, “Our business as a bank has shown incredible resilience during the year under review.”

Jaiz bank’s 2021 annual report that was presented to its shareholders at its annual general meeting yesterday showed that its customer deposits grew by about 19 per cent from N175.513 billion in 2020 to N209.089 billion in 2021 attesting to the confidence the market reposed in the bank, according to Mr Usman.

The managing director said Jaiz Bank has impacted businesses and individuals, including providing aggregate funding to the tune of N75 billion to agriculture and instrumental to the provision of housing to 3,696 families. He said the bank also facilitated development of over 7,000 shops and warehouses for small and medium business owners. Apart from that, Usman said Jaiz Bank contributed about N1.61 billion to the fiscal coffers of federal governments in the form of taxes, trained more than 2005 smallholder farmers and provided them with total financing of N609 million to support their livelihood and boost food security in the country.

Many of the shareholders who were in attendance at the meeting applauded the management for their effort. They however urged the board of directors to look into the issue of raising the dividend by share to a significant figure by the next year.

Some also urged the board to address the wide gender gap largely dominated by male. They urged them to reduce the gap by bringing more female directors to the board. Jaiz Bank is notorious for promoting gender inequality in its board and general staff.

Based on the annual report, there is only one female out of its 16-member board. Also, it has two females against the six top management staff. From its 735 total employees, 539 or 73 percent are male, while female folks are 196 (27 per cent)

Alhaji Mutallab told the members that the future looks bright and fulfilling. Already, the macroeconomic indices are projected to have an uptick, as most of the economies have rebounded except some few. As for us (the Bank), we will remain resolute in providing our customers better services in an efficient and delightful manner.

“Our digital roadmap will be judiciously executed in order to simplify our processes and engender employees’ productivity while optimising shareholders return,” he told the gathering.