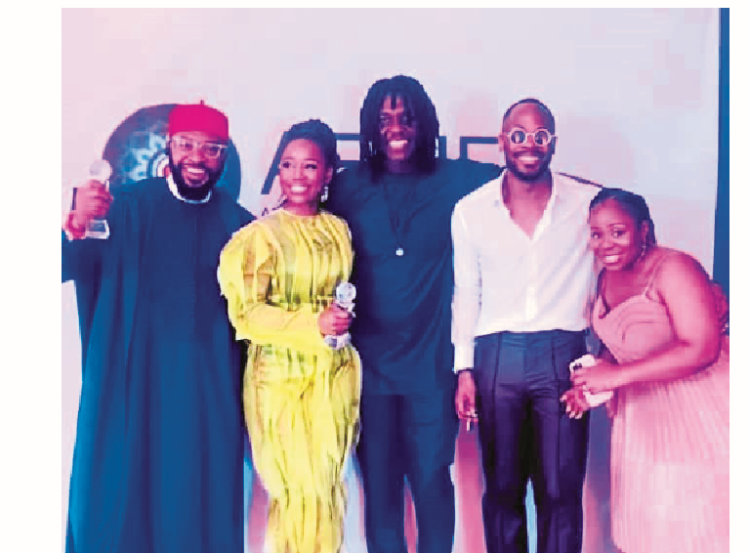 Nigeria Prize for Literature winner and multi-award-winning filmmaker, Jude Idada’s feature film, ‘KOFA’ won the coveted award of Best Film at the Globe Awards of the Africa International Film Festival (AFRIFF) 2022 which took place at the banquet hall of the Oriental Hotel in Victoria Island, Lagos.

Kofa is an engaging psychological thriller about a group of eight people in their underwear who wake up to find themselves locked in a room. All they remember are their names. As an armed man comes in to pick them out, one after the other, they struggle to remember who they are, where they are and why they are there in order to marshal out a plan, evade the armed man and escape.

Speaking about the multiple nominations and wins, Jude Idada says, “Kofa is proof that once your heart and mind is in the right place, the impossible becomes possible. We made this film with love, grit, perseverance, and belief.

“It is gratifying to see not only that it has won awards but more that it has been so warmly received by viewers.

It was written, directed, and produced by Jude Idada alongside,Chibuzo “Chibie” Louis-Okoye, Femi D Ogunsanwo, Steve Sodiya and was cinematographed by Kagho Idhebor, edited and coloured by Ola’Kazeem Agboola, with a riveting score composition by Ava Momoh and sound mix and design by George Flores.

The production designer Jim “Fada” Franklyn led a team made of Hair, Make Up and Special Effects Designer Sandra Oyiana and Costume Designer Bunmi Oladipo alongside an award-winning crew.