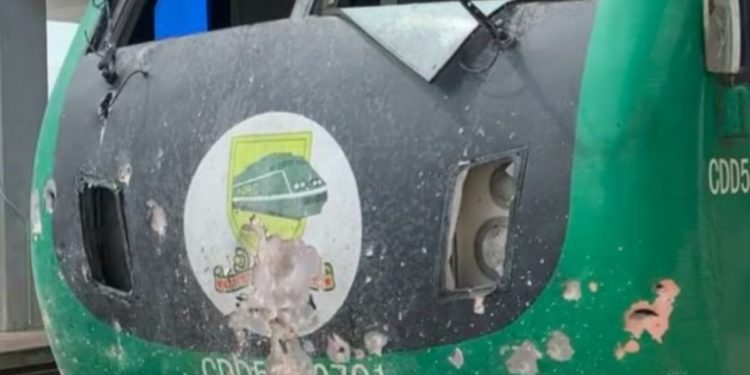 Eleven of the kidnapped passengers of the Abuja-Kaduna Train have been released by their abductors on Saturday.

One of the lead negotiators for their release, Malam Tukur Mamu, told LEADERSHIP that the 11 passengers were released after series of negotiations approved by the Federal Government of Nigeria.

Recall that dare-devil armed men attacked the Abuja-Kaduna train on the night of Monday, March 28, 2022, killing about nine passengers and security men on the spot while kidnapping scores of others.

Mamu, who holds the traditional title of Dan Iya of Fika Emirate in his native Yobe State, is a popular journalist and publisher of Desert Herald newspapers in Kaduna.

He told LEADERSHIP that the kidnap victims have arrived Abuja on Saturday and were receiving medical attention at an undisclosed military facility.

Mamu added that all things being equal, the victims may be reunited with their families on Sunday evening.

Don’t Abandon Nigeria To Those Messing It Up, Obasanjo Tells Youths