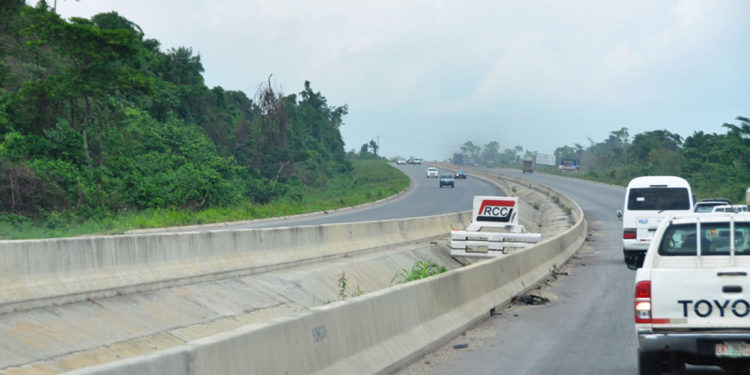 The Federal Road Safety Corps (FRSC) has confirmed that 17 persons died in fatal crash at the Isara bridge along the Lagos-Ibadan expressway on Saturday.

The FRSC PRO, Bisi Kazeem, in a statement on Sunday, said: “From investigation report forwarded regarding the crash, the unfortunate mishap involved three vehicles conveying a total of 25 persons comprising of six male adults, one female adult, one male child, and 17 unidentified victims who were burnt beyond recognition.

“Out of the above numbers, 18 people were killed while seven persons comprising of five male adults, one female adult and one male child sustained various degrees of injuries.”

He also said that, “the investigation further revealed that the main causes of the crash involving the three vehicles identified as two Mazda busses and a Previa bus are, route violation and speed violation respectively.

“The FRSC rescue team have cleared the  obstructions and restored free flow of traffic on the route.”

Meanwhile, Corps Marshal of the FRSC, Dr Boboye Oyeyemi, has again warned road users to as much as possible avoid night journeys due to poor visibility, excessive speed and other unhealthy driving behaviour that are associated with driving during the dark hours on Nigerian roads.

He gave the warning while reacting to the multiple fatal crash that occured at 10:20pm on Saturday, July 2, around Isara bridge (KM 61-750) on the Lagos-Ibadan expressway.

He advised commuters to always plan their trips and ensure that their journey fall within day time so as to minimise the level of casualties recorded as a result of night trips.

He added that the FRSC toll-free line 122 and the National Traffic Radio 107.1 FM is always available for all road users to report emergencies at all time.